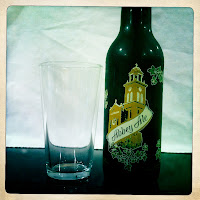 Hello beer lovers and welcome to another edition of the NorCal Beer Blog's brew review.
Tonight’s featured beer is Abita Brewing Company Abbey Ale.  With this beer I complete my Abita Brewing Company beer reviews (for now). This one I didn’t try while in New Orleans, but did pick up locally.  Abita Brewing Company distributes their beer all over so every now and again I pick some up.
From the Abita Brewing Company website: “Abbey Ale honors the ancient tradition of monks who perfected the art of brewing beer to support the monastery and their "liquid bread". We offer up our support and thank them with a 25¢ donation to St. Joseph's Abbey with every bottle sold of this heavenly brew. Dark amber in color, the aroma of caramel, fruits and cloves invites you to contemplate the creamy head of this "Dubbel" or double ale. Abita Abbey Ale is a malty brew, top-fermented and bottle aged to rapturous perfection. This ale pairs well with barbecue, meat stews or a nice thick steak. For dessert, try Abita Abbey Ale with milk chocolate or chocolate bread pudding. We suggest serving this brew at 46 degrees.” 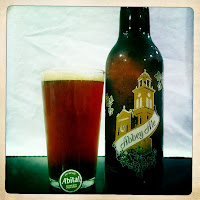 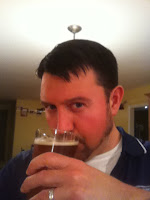 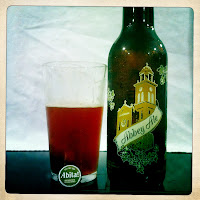 Overall:  A very well done American made Belgian style Ale, Abita Brewing Company’s Abbey Ale is well worth trying if you enjoy Dubbels and at 8% ABV one that’s highly drinkable.  I very much enjoyed this offering and plan to drink it again.
Cheers!
Mark Harvey
Posted by Mark Harvey at 5:08 PM