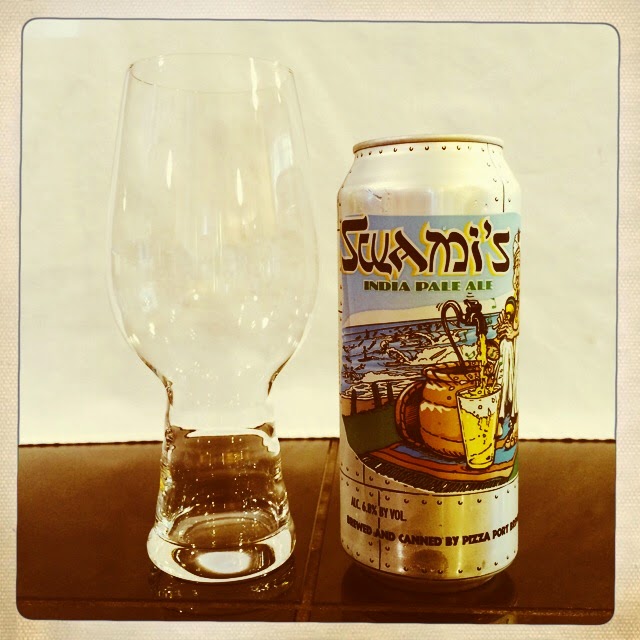 Tonight’s featured beer is Pizza Port Brewing Company Swami's IPA.  I picked this bottle up at The Wine Club in San Jose (here). They have a small craft beer section, but they have an incredible selection.  If you're anywhere near The Wine Club go visit them and tell 'em Mark from NorCal Beer Blog sent you!

From the Pizza Port Brewing Company website: “Swami’s IPA is a special beer to the Pizza Port family as it was the first IPA brewed in our original location over 20 years ago in Solano Beach. With a more traditional hop profile, this beer is the quintessential example of a West Coast IPA as it showcases the fresh bitterness of citrus and pine. Swami’s is named after one of the most famous surf breaks in San Diego county, which, as perfectly depicted on the can, is always crowded with surfers and paddle boarders alike.” 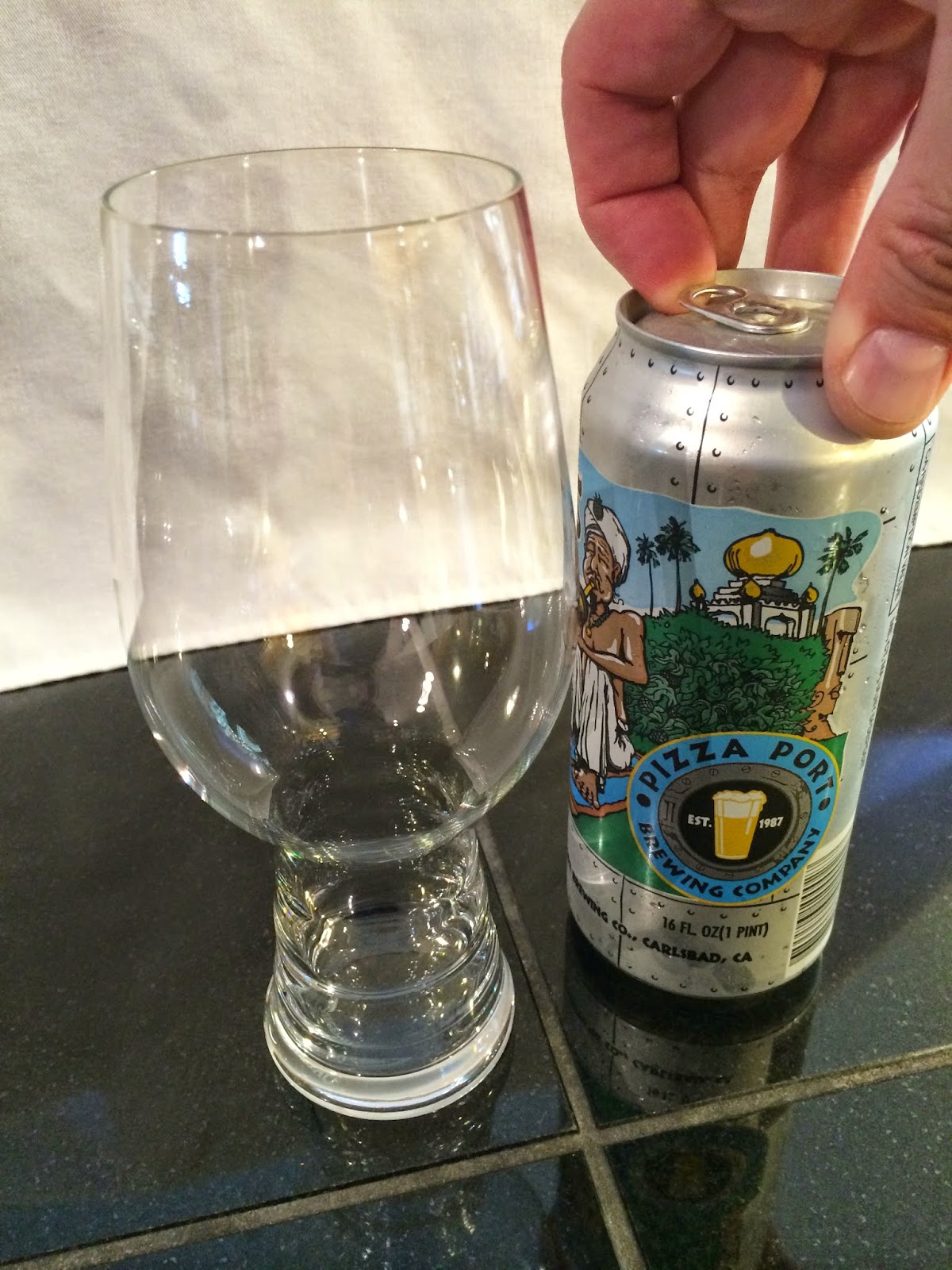 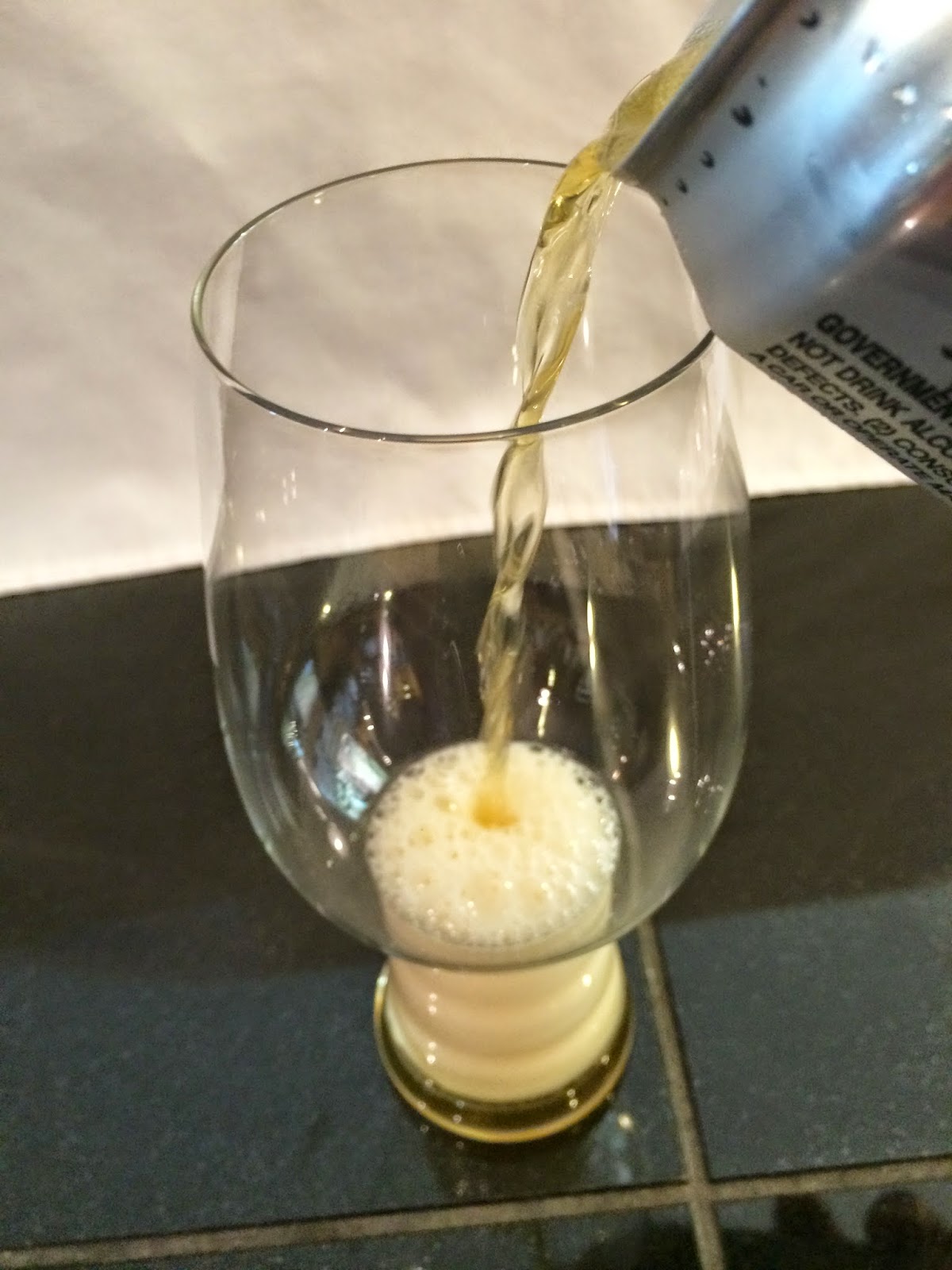 Appearance: Pours a clear golden color with a huge slightly off-white head and loads of lacing. 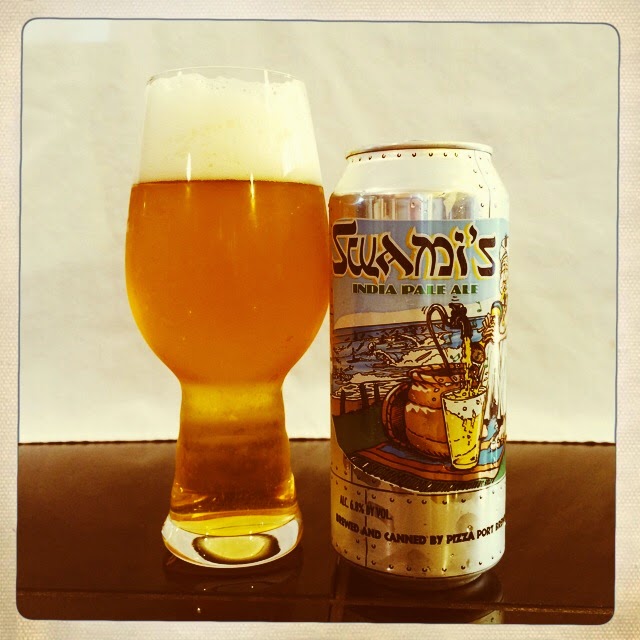 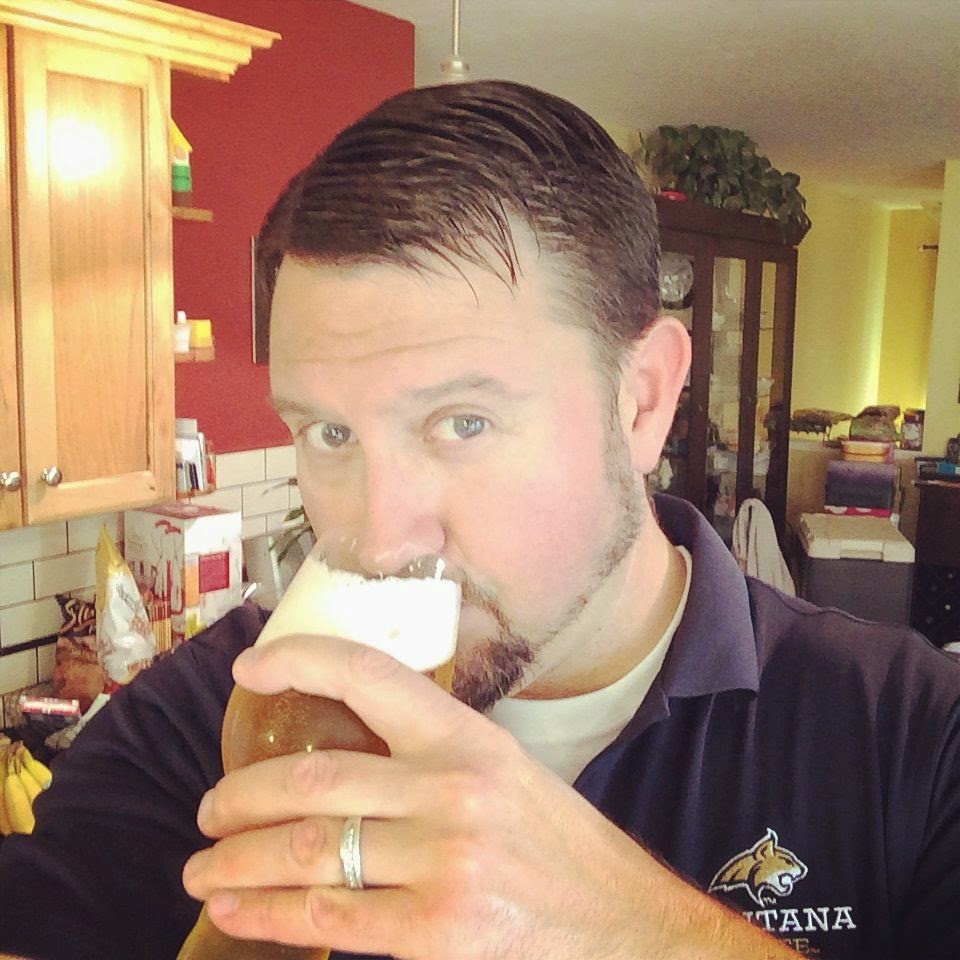 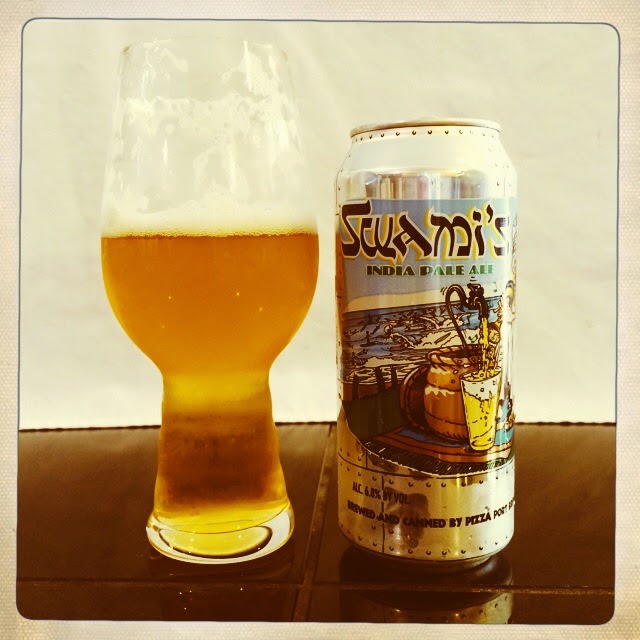