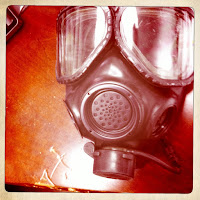 I would like to start this post by saying my heart goes out to the Japanese people as they continue to deal with the terrible catastrophe that occurred on March 11th, 2011. I have been heartbroken by Japan's devastating earthquake and tsunami.

I was poking around the Internet and found this article about Beer and radiation (found here). About.com's beer guide, Bryce Eddings (here) did some research and found a study done in Japan about the possible benefit from drinking beer when one is exposed to radiation. Could this be another health benefit that beer offers?  Read the study (here) performed on August 11, 2005 by the National Institute of Radiological Sciences (or NIRS). It certainly isn't an easy read so if you like you can take my word (and Bryce's) for it.

Drink up! Protect yourself!