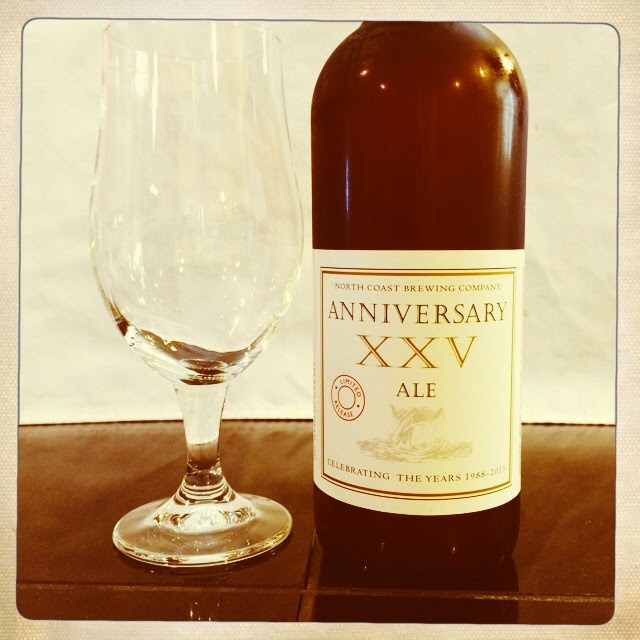 From the North Coast Brewing Company website: “In anticipation of long nights of celebration with the many friends we’ve made over the last 25 years, the brewers of North Coast have created a Belgian inspired session beer designed to promote a festive mood while minimizing the consequences of overindulgence.

Brewed with pale malts and fermented with the same yeast strain used to make Le Merle, our Twenty-fifth Anniversary Ale is sharp and spritzy with a delicious flowery, spicy dry-hop aroma.” 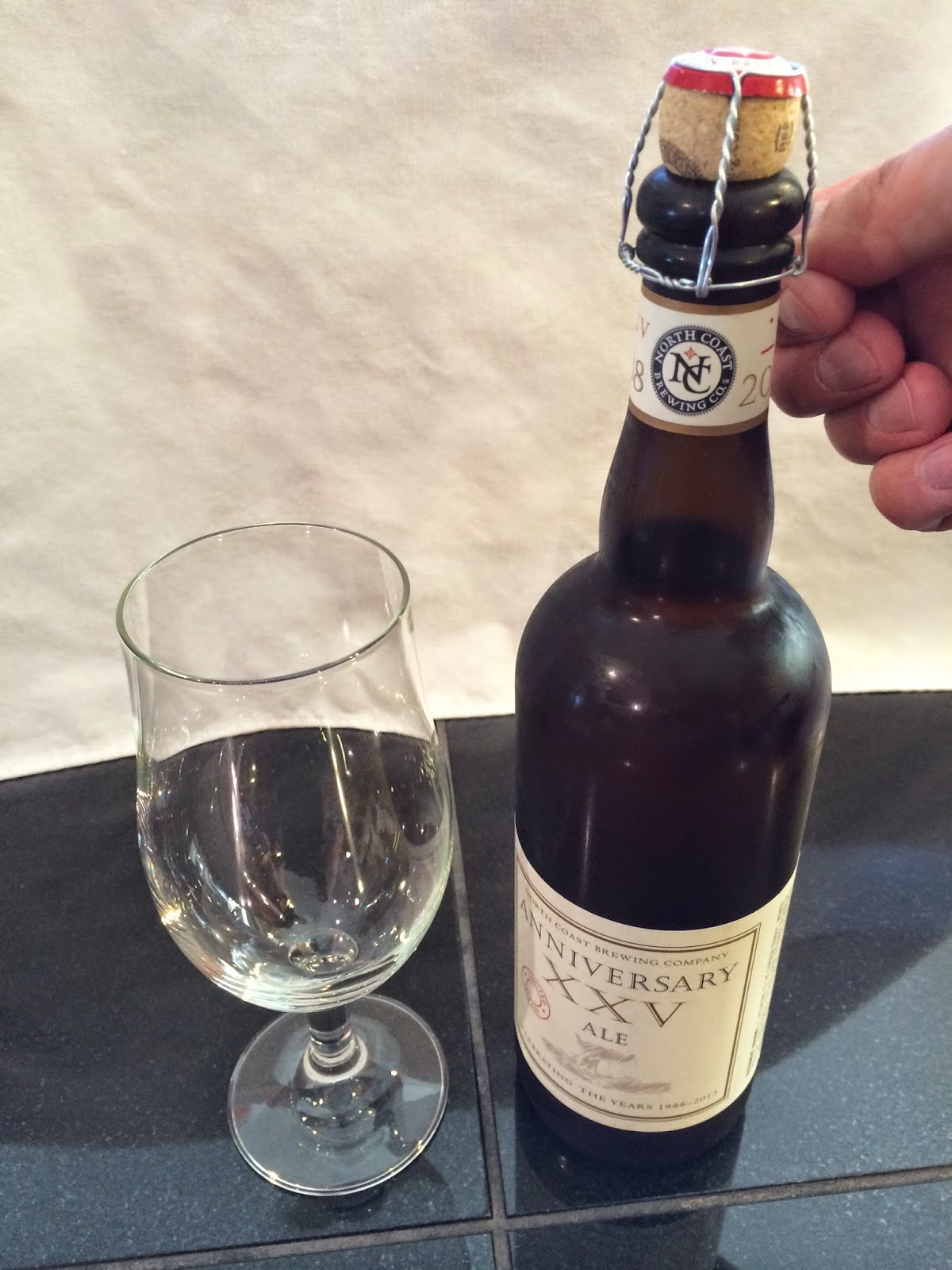 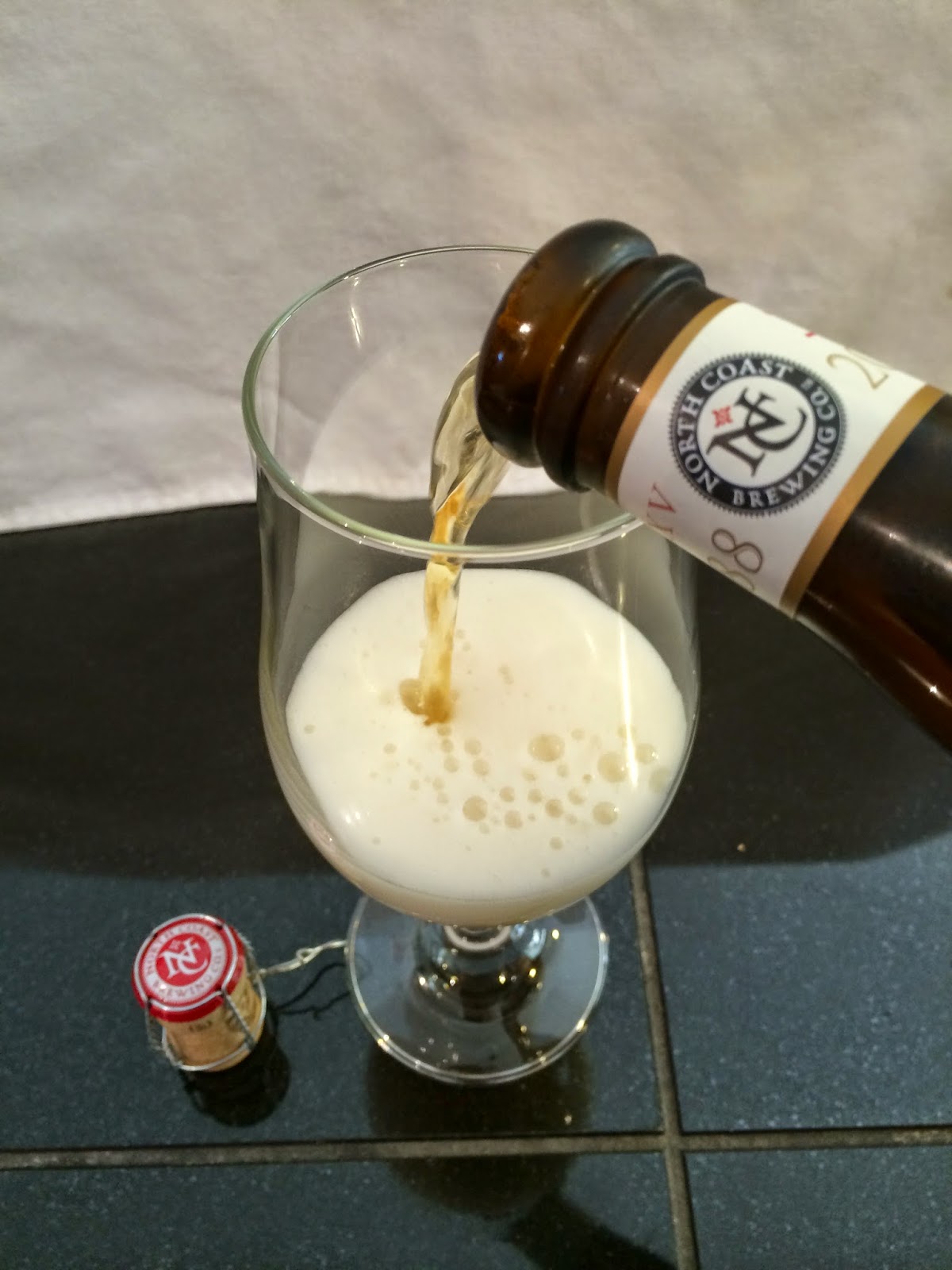 Appearance: Pours a bright, but slightly hazy straw color with a frothy white head and lots of lacing. 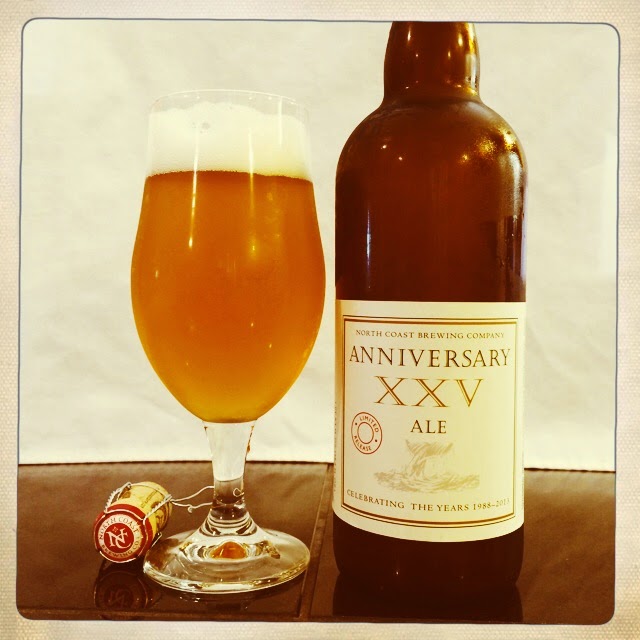 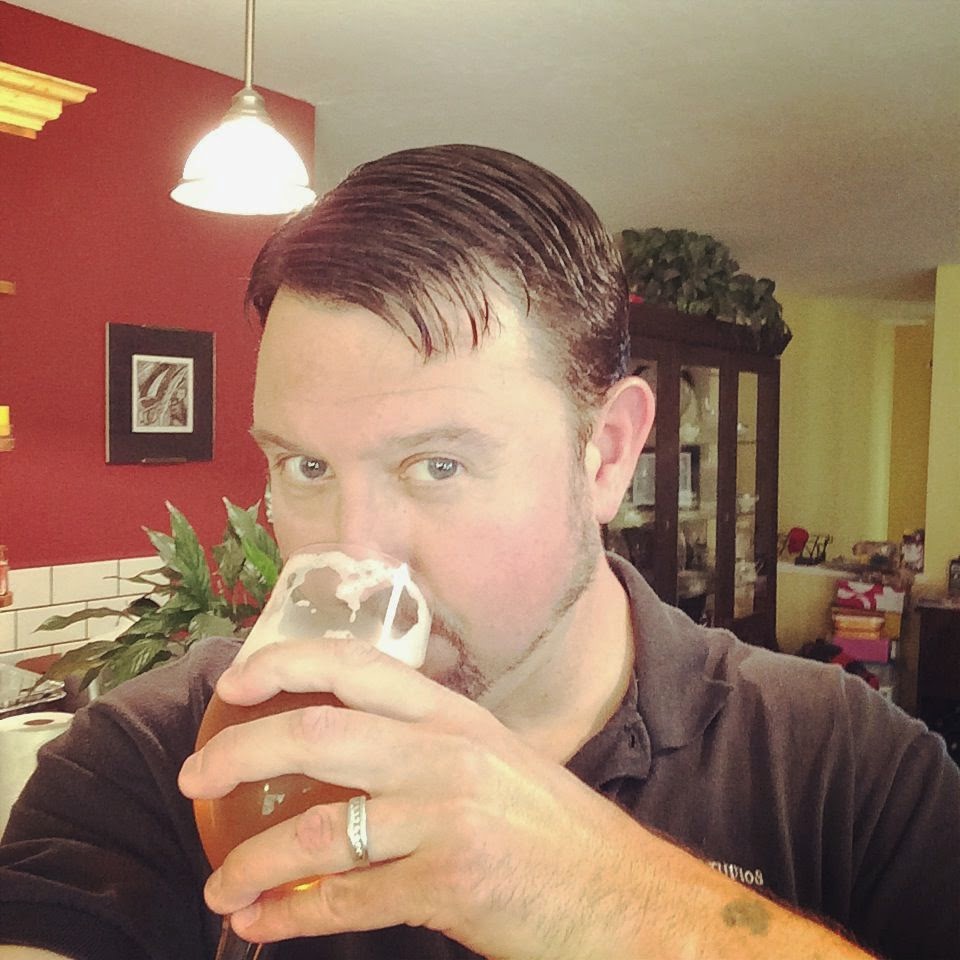 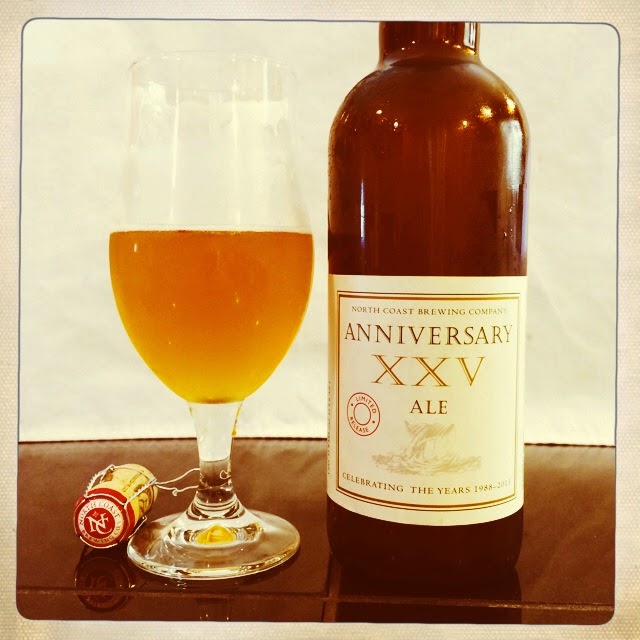 Overall: Refreshing and light, North Coast Brewing Company Anniversary XXV Ale is delicious.  I’m very happy I got to pick this 4% ABV bottle up at the brewery when I was in Fort Bragg.  I wish I had picked up another bottle.


If you haven’t already, please like the NorCal Beer Blog on Facebook (here)
Posted by Mark Harvey at 5:25 PM