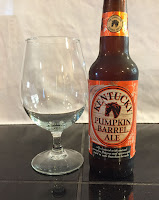 From the Alltech's Lexington Brewing Company website: “Kentucky Pumpkin Barrel Ale – A barrel-aged ale brewed with Kentucky-sourced pumpkin, richly spiced with cinnamon, nutmeg and allspice. As the ale is aged in fresh bourbon barrels, the sweetness of caramel and vanilla are imparted upon the brew and complement its spicier base. At 10 percent alcohol by volume (ABV), this robust, limited release seasonal makes for a flavorful sipping beer to slowly warm up with as the weather cools.

Other details
Launched in Fall 2013, Kentucky Pumpkin Barrel Ale was the first beer in the barrel-aged seasonal program and returned in Fall 2014.” 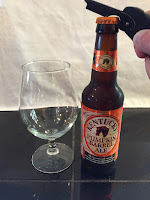 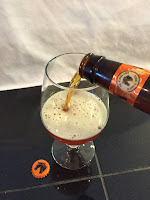 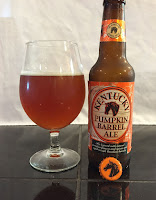 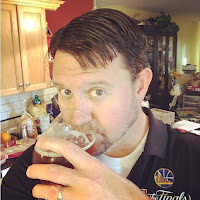 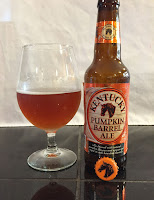 Overall: I am a BIG fan of Alltech's Lexington Brewing Company Kentucky Pumpkin Barrel Ale and wish I had brought more home with me.  This 10% ABV offering drinks much lighter than the ABV and is a masterfully balanced barrel aged Ale.  I highly recommend this for fans of the style.