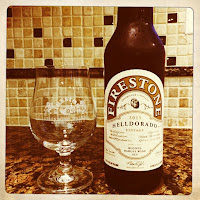 Tonight’s featured beer is Firestone Walker Brewing Company Helldorado Blonde Barley Wine Ale.  I picked this bottle up at the brewery…well, I bought a few…

From the Firestone Walker Brewing Company website: “You’ve been warned: Helldorado may be blonde in color, but if you take it lightly, you’ll get gunned downed by a blast of barrel–aged ﬂavor at an ABV of 12 percent. The driving idea behind Helldorado was to create a super blonde barley wine that could still carry the strong barrel character imparted by aging the beer in retired spirits barrels. The result is an unlikely brew whose light complexion belies a full–bodied attitude and intense barrel expression.” 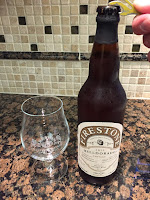 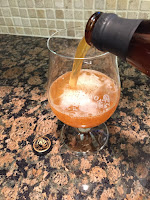 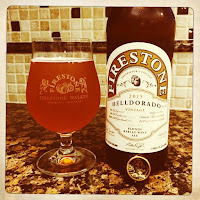 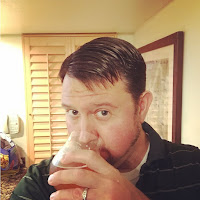 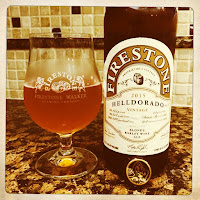 Overall: Sweet and satisfying, Firestone Walker Brewing Company Helldorado Blonde Barley Wine Ale is fantastic.  This 13.2% ABV beast is absolutely worth a try. Actually, it is a must try!


If you haven’t already, please like the NorCal Beer Blog on Facebook (here)
Posted by Mark Harvey at 5:44 PM