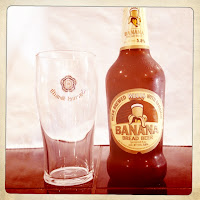 From the Wells & Young's Brewing Company website: “This unique brew combines all the traditional qualities and style of a Charles Wells beer with the subtle flavour of banana.

Wells Banana Bread Beer is a popular beer in the Wells and Young’s range of ales. The beer has achieved a number of accolades including winner of "Beer of the Festival" award at CAMRA's London Drinker Festival in March 2002.

Available as a draught seasonal cask beer, Wells Banana Bread Beer can be found on the bar and, in its popular bottle format, in all leading supermarkets.” 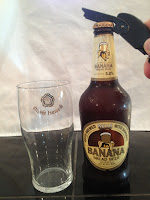 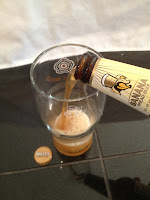 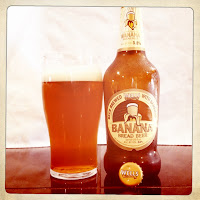 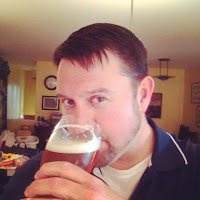 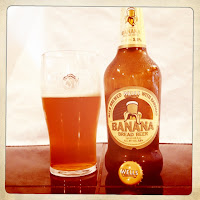 Overall: Smooth and easy to drink, Wells & Young's Brewing Company Banana Bread Beer is similar to a traditional English Brown with real banana flavor and spices added.  Although this 5.2% ABV beer isn’t something I would tend to gravitate towards, I did enjoy it and would most definitely drink again if the opportunity presented itself.

If you haven’t already, please like the NorCal Beer Blog on Facebook (here)
Posted by Mark Harvey at 5:25 PM