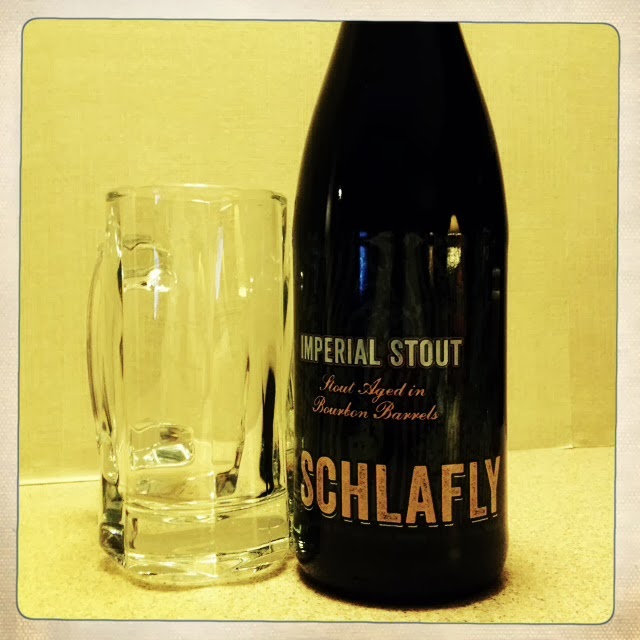 Tonight’s featured beer is Schlafly Bourbon Barrel Aged Imperial Stout. I picked up this bottle while in St. Joseph, MO at a place called Smooth Endings (here). I enjoyed this beer while staying there since I was nearly out of room in my suitcase and had a bunch of Boulevard Brewing Company and Founders Brewing Company beers to bring home.

From the Schlafly Beer website:” Our Bourbon Barrel Aged Imperial Stout is brewed with a big malt flavor, plenty of hop bitterness for balance and roasted barley that imparts notes of dark chocolate. As a finishing touch, the beer is transferred to freshly-emptied Kentucky bourbon barrels and aged before being carbonated and bottled.  The barrel aging gives the beer a spicy, vanilla character and a pleasant, warming finish.

In the 18th Century, Imperial Stout was first brewed in London for export to the court of Catherine II of Russia. The beer had to be robust enough to maintain during transport.

This beer will continue to age well in a cool dark place for several years, but it is ready to enjoy now.” 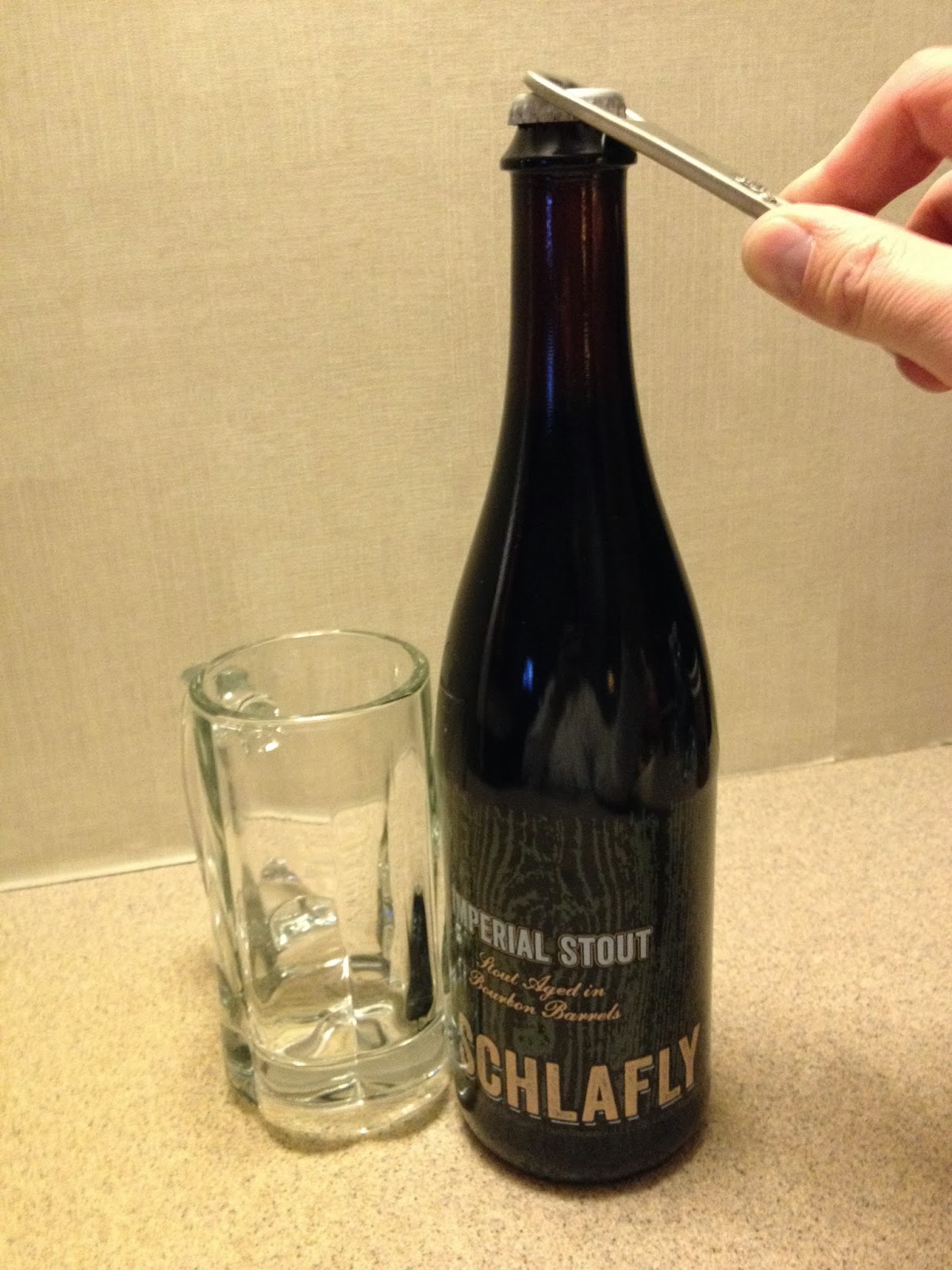 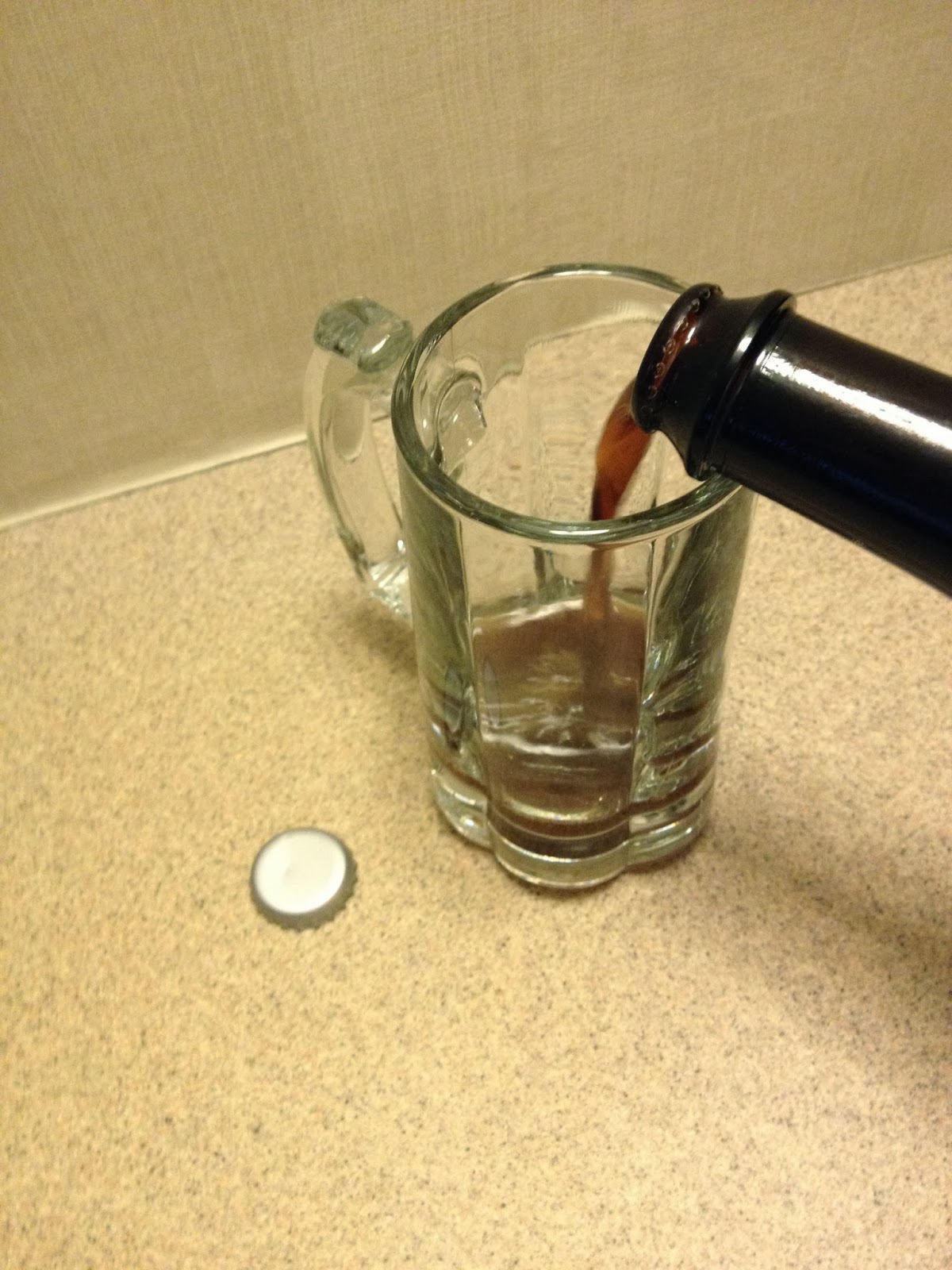 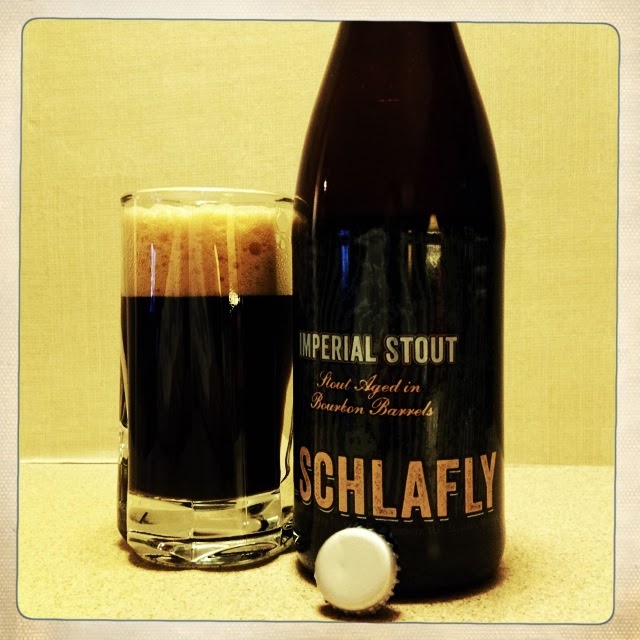 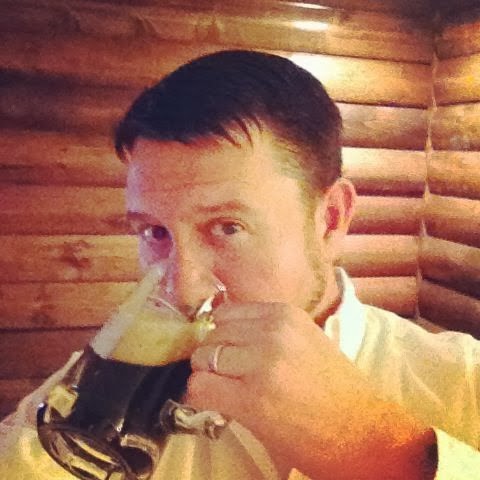 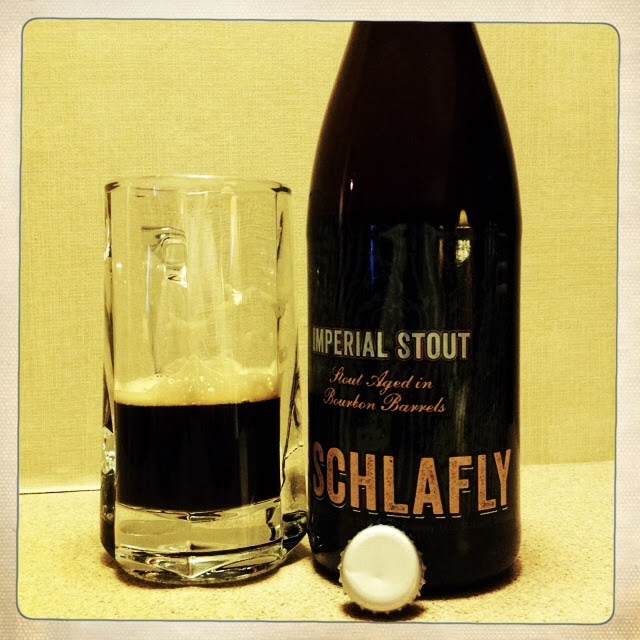