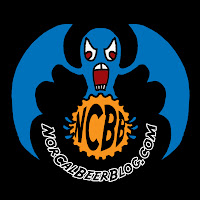 Hello fellow beer enthusiasts and welcome once again to another entry here at the NorCal Beer Blog.  Hey! Check out the GROOVY logo my buddy Jay made for me (on the left). Cool, eh?
I know a lot of folks who just can't get into the whole beer thing (and that...is OK).  Either they don't drink at all or they prefer wine or spirits.  What I have found is the wine crowd tends to look down on beer as if it is a lowbrow beverage.  Well, I'm here to tell all you wine drinkers...lighten up.  There's nothing lowbrow about beer...well, OK some beers, but c'mon for every lowbrow beer you can think of I'm sure you can think of wines like Boone's Farm or Thunderbird wine and yes, I'll even bring up Night Train. 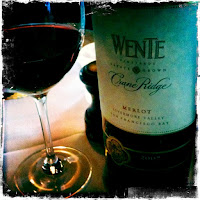 Everyone has a different palate - and thankfully there are choices of many types of beverages for each of us.  Wine and cheese? How about beer and cheese?  Wine and chocolate?  How about beer and chocolate? Please don't get me wrong - I LOVE WINE (and spirits), but there's just something about beer.
I am going to focus on the plus side of beer as this debate (or argument) will rage on regardless of what I say here.

The information below came from Team Beachbody here.
Have a read...more of my comments to follow... 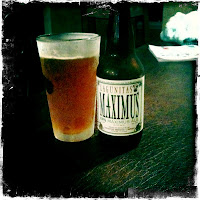 "Beer is more nutritious than wine. Unfiltered beer contains nearly all the B vitamins, several minerals, and as many antioxidants as wine (though different ones, since wine comes from grapes and beer is made with grains, mainly barley and hops). And though beer has only a small percentage of the recommended daily allowance of vitamins, it contains significant amounts of trace metals and minerals. Both wine and beer are made with yeast, but the yeast is filtered out of wine. Not so with the many varieties of unfiltered beer on the market the vitamins in the yeast are preserved. (Look for "genuine draft beers," also known as "ice" beers. They have to be kept refrigerated to preserve their flavor. Unfiltered beer also includes many "craft" beers, which are nearly all malt as opposed to best-selling American beers that are made with 30 to 40 percent rice or corn, and sugar.)
Beer reduces heart disease. Besides the fact already mentioned that moderate levels of any alcohol reduces heart disease including beer and wine a 2001 Czech Republic study found that vitamin B6 in beer reduces the buildup of the amino acid homocysteine in the blood, which has been linked to heart disease. 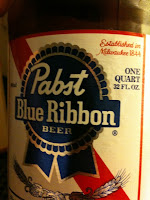 Beer drinkers have low-cal alternatives. Light beer is the best-selling of all the beer segments, with four of the top five leading brews consumed in the U.S.: Bud Light, Miller Lite, Coors Light, Natural Light. Light beer didn't even exist 30 years ago, so its triumph in the beer market is a testament to the beer industry's willingness to cater to health- and weight-conscious consumers. And though purists and beer connoisseurs may scoff at its "watered down" taste, light beer is a good choice if you're watching your waistline."
It is a good read regardless of which side you're on.  What I will say is, for those who are counting calories you need to be sure you "get it" - although wine may have less calories you're only getting 4 oz. of it.  I'd take 12 oz. of beer goodness ANY DAY OF THE WEEK!

And for those who just "don't like the taste of beer"....how 'bout you spend a little time with me.  I'm sure I'll find something you'll like.


Mark Harvey
(and this IS beer in that glass - a lovely 9.8% ABV Imperial Pumpkin Ale from Buffalo Bill's Brewery in Hayward, CA - website here)
Posted by Mark Harvey at 7:15 PM