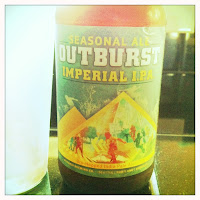 I was really looking forward to trying the Pyramid Outburst Imperial IPA. I'm a giant fan of double and triple IPAs so I felt good about a three beer commitment to try this one from Pyramid. From the Pyramid Breweries Website: "With big beer taste and massive hop flavor, Outburst lights spring's fuse. Dry-hopped for an extra rejuvenating rush, this imperial IPA causes a thirst-quenching commotion wherever it's poured. Ignite the season with a bang." 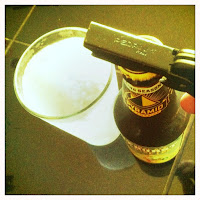 Appearance : This double IPA pours a clear golden amber with a small, creamy, off-white head which leaves some light lacing. 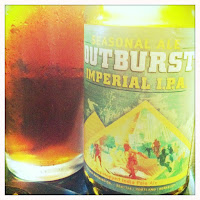 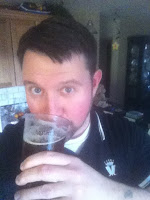 Overall : A very solid beer by Pyramid and one that I would like to try next on tap.  With an ABV of 8.5% it falls into the "coupla beers" category in my book. Available May - August.