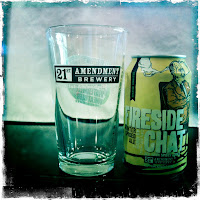 Hello beer lovers and welcome to another edition of the NorCal Beer Blog's brew review.
Tonight’s featured beer is 21st Amendment Brewery Fireside Chat Winter Spiced Ale.  Let me start by saying I’m not a fan of the can and it took some doing to purchase any 21st Amendment beers, but after trying them I can say… I AM a fan of the can…
From the 21st Amendment Brewery website: “Like FDR's Depression-era radio addresses, which were like a kick in the butt and a hug at the same time, our Fireside Chat is a subtle twist on the traditional seasonal brew. We begin with a rich, dark, English-style ale and then we improvise with spices until we know we have a beer worth sharing with the nation.

Fireside Chat is our early winter seasonal brew available from October through December in six pack cans and on draft. Brewed like a classic, warming Strong Ale but with a subtle blend of hand-selected spices for just the right festive flair.”

Appearance:  Pours a reddish brown with a fluffy off-white head and thick lacing. 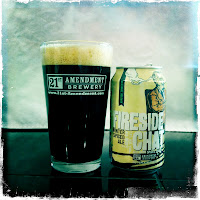 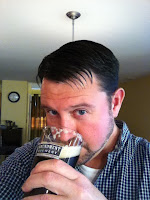 Taste: Nutmeg, brown sugar, figs, raisins and other holiday favors not too sweet and a bit boozy. 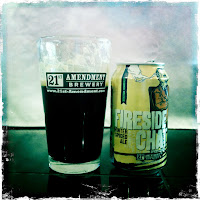