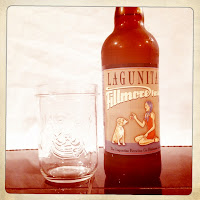 Tonight’s featured beer is Lagunitas Brewing Company Fillmore Fusion Ale. A co-worker and fellow beer aficionado (Reggie) texted me a photograph of this beer and asked if I had heard of it or tried it.  I had not.  I asked if he’d pick me up a bottle (strictly for review purposes) and thankfully he did. 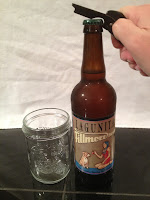 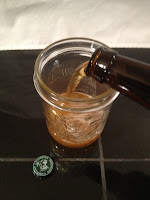 Appearance: Pours a clear golden orange with a white head and good lacing. 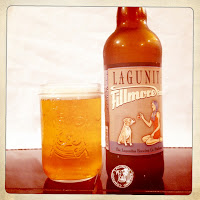 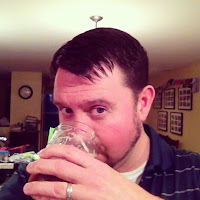 Taste: Lighter and fruitier than their IPA, the hop profile is amazing.  Grapefruit, orange, tropical fruit and pine hops balanced well with biscuit and caramel malts.  A slight rye spice note can be found in the background. This hop variety doesn't seem to add too much in the way of bitterness. 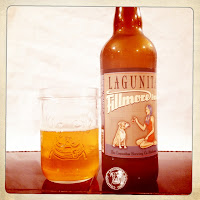 Overall: Clean, extremely drinkable and hard to classify, Lagunitas Brewing Company Fillmore Fusion Ale isn’t an IPA or a Pale Ale.  This beer is very unique (like the Fillmore) and at 5% ABV you can enjoy its uniqueness over and over again (if you can find it).  I need to ask Reggie to pick some more up for me as I can tell this will be yet another favorite beer from Lagunitas Brewing Company.  Yes, folks, they did it…again.