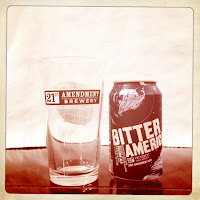 From the 21st Amendment Brewery website: “If you’d been rocketed into space against your will, you might be a little bitter too. Bitter American is our long-overdue tribute to unsung, unwitting heroes everywhere. This American session ale packs a lot of hop and malt flavor into a refreshingly lower-alcohol brew, making it the perfect beer to have on hand when you have a little history to make.
Bitter American is available year-round, in six pack cans and on draft. This extra pale session ale has lower alcohol but all the flavor and hop aroma you expect from a much bigger beer. Give one, or three, a try.” 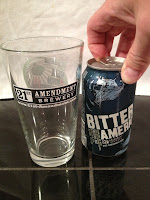 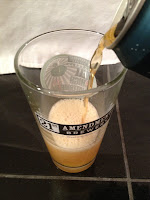 Appearance: Pours a copper color with a nice white head and nice lacing. 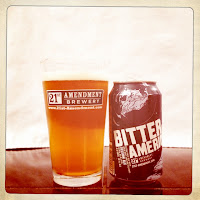 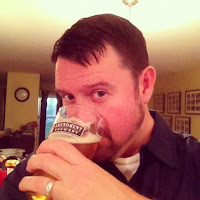 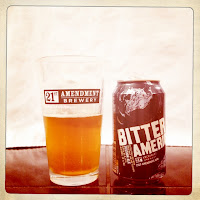