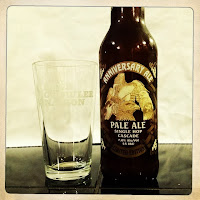 Tonight’s featured beer is Mendocino Brewing Company Anniversary Ale - Single Hop Pale Ale (Cascade). I’m going to stick to reviewing local for a little bit as I gear up for the NFC Championship game.  As a native Bay Area resident I always pull for the local teams and I hope the 49ers have a great game up in Seattle.

Commercial description: “We have been driven by our passion for brewing high-quality hand-crafted ales since we started in 1983 as the first brewpub in California since prohibition. Over the past three decades we honed our skills to master the art of creating Legendary Ales. To celebrate 30 years as Pioneers in the American Craft Brewing Renaissance, we present a Limited Edition of three Anniversary Ales that pay homage to the heart of beer - Hops. Our first Anniversary Ale honors the Cascade hop that started it all and changed the way people view American Craft Beer. This hop has an intense floral with a spice and clean finish. We brewed this Pale Ale with multiple additions of Cascade during the boil, then topped it off with generous dry-hopping to give you an exceptional experience. Savor this Limited Edition Anniversary Pale Ale, the first of three unique ales that will herald our celebrations. This is an ale 30 years in the making - You deserve the best.” 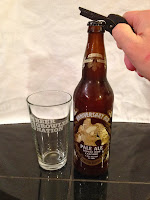 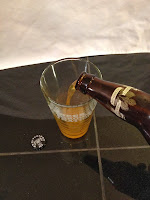 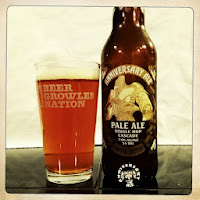 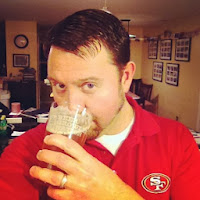 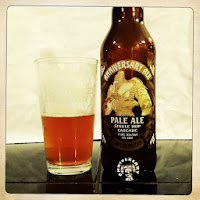 
If you haven’t already, please like the NorCal Beer Blog on Facebook (here)
Posted by Mark Harvey at 5:14 PM