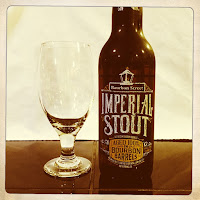 Tonight’s featured beer is Abita Brewing Company Bourbon Street Imperial Stout - Ale Aged In Bourbon Barrels.  I picked this bottle up at The Wine Club in San Jose (here). They have a small craft beer section, but they have an incredible selection.  If you're anywhere near The Wine Club go visit them and tell 'em Mark from NorCal Beer Blog sent you!

From the Abita Brewing Company website: “Bourbon Street Stout is an Imperial Stout that is aged in small batch bourbon barrels. Our Imperial Stout is brewed with a combination of pale, caramel, chocolate and roasted malts. Oats are also added to give the beer a fuller and sweeter taste. The roasted malts give the beer its dark color as well as its intense flavor and aroma. After fermentation the beer is cold aged for 6 weeks. This is necessary for all of the flavors of the malt and hops to balance and produce a very smooth flavor.

After the cold aging the beer is transferred into the bourbon barrels. It is then aged for another 8 weeks to absorb all of the flavors from the barrels. The result is a stout that brings out the roasted flavors from the malt and the warming toasted, vanilla, and bourbon flavors.” 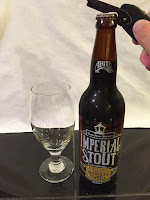 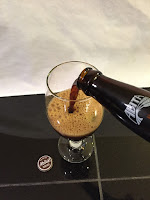 Appearance: Pours a dark brown with a dense tan head and spotty lacing. 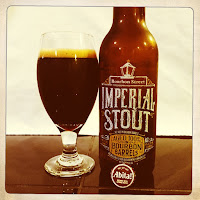 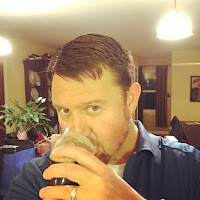 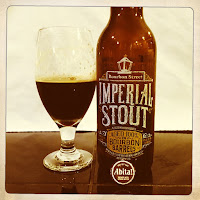 Overall: Lighter in body than most of the bourbon barrel aged Stouts I drink, Abita Brewing Company Bourbon Street Imperial Stout was good. This 10% ABV offering is something I’d recommend trying now, not cellaring.  Not as chewy or thick as most, I enjoyed the flavors and the ease of drinking.


If you haven’t already, please like the NorCal Beer Blog on Facebook (here)
Posted by Mark Harvey at 5:06 PM