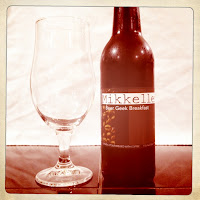 Tonight’s featured beer is Mikkeller Beer Geek Breakfast.  After reading about this beer (and enjoying everything else I had tried from Mikkeller) I decided to pick this one up.

From the Mikkeller website: “The big breakthrough in the international beer world arose with the clean and simple idea of adding french press coffee to an oatmeal stout. The result ‘Beer Geek Breakfast’ was voted number one stout on the international beer forum Ratebeer.com and kick-started Mikkeller’s international success. At the Danish Beer Festival 2006 Mikkel and Keller had their first official stand with eight different beers to offer. That same year two American distributers travelled all the way to Denmark to court the small brewery, which resulted in Mikkeller signing a distribution deal with the American beer distributor, Shelton Brothers. To cope with the demand, the two brewers started brewing Beer Geek Breakfast at the Danish microbrewery Gourmet Bryggeriet. In the beginning of 2007 Keller left Mikkeller to pursue a career as an editor of the Danish music magazine Soundvenue, and Mikkel continued on his own with the ambition of taking Mikkeller to another level.” 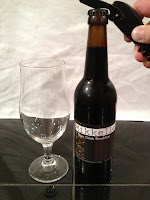 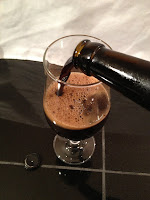 Appearance: Pours a pitch black with a mocha colored head and spotty lacing. 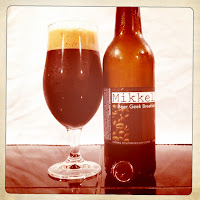 Aroma: Roasted coffee, sweet and bitter chocolate, oatmeal, roasted malts, and a sweetness (brown sugar and/or molasses – can’t put my “nose” on it). 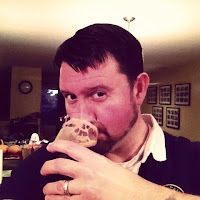 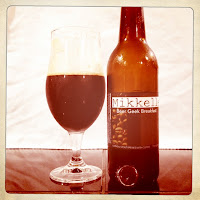 Overall: Mikkeller Beer Geek Breakfast is just plain fantastic and they hype is well deserved.  I highly recommend this 7.5% ABV gem. Find some! Consume some! This IS beer excellence!