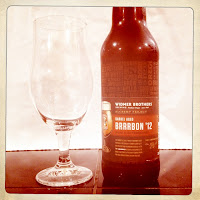 Tonight’s featured beer is Widmer Brothers Brewing Barrel Aged Brrrbon 2012.  As we nestle into the holiday season I plan to review a number of “Winter Warmers”.  What I found odd is that after purchasing this beer I couldn’t find it any longer.  Now all I can find is the Widmer Brothers Brewing Barrel Aged Brrrbon 2011 (and at a much steeper price). 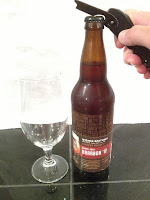 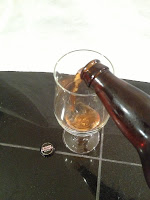 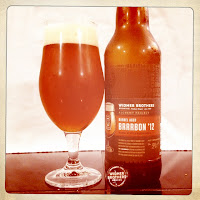 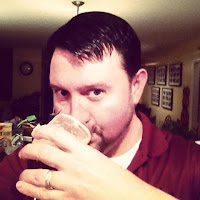 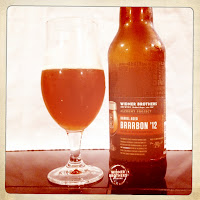 Overall: I was told this was a fantastic beer and my source was 100% accurate.  Widmer Brothers Brewing Barrel Aged Brrrbon 2012 isn’t easy to find (I’ve tried about a dozen stores now and can only find 2011 at twice the price).  At 9.4% ABV a bomber is a perfect nightcap.
I’ve not sought out any of Widmer’s other offerings, but after this sensational beer I think my stance will shift and I’ll pick some up. I'll probably break and pick up a 2011 as I'm sure that another year of aging makes this one really shine!