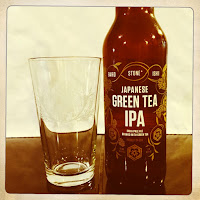 Tonight’s featured beer is Stone Brewing Company Collaboration - Baird - Stone - Ishii Japanese Green Tea IPA.  I picked this bottle up at The Wine Club in San Jose (here). They have a small craft beer section, but they have an incredible selection.  If you're anywhere near The Wine Club go visit them and tell 'em Mark from NorCal Beer Blog sent you!

From the Stone Brewing Company website: “Our style of brewing has always been about taking chances. It’s an extension of our “what-if” mentality, wherein we ask ourselves what would happen if we did things di­fferently in the brewhouse, such as fermenting with a di­fferent strain of yeast or, in the case of this beer, incorporating whole-leaf green tea imported from Japan. The answer, embodied in this IPA when we first released it in 2011, was something truly magnificent, delicious and well worth brewing again. But what if we changed it up a bit? This time around, we exchanged Pacifica hops from New Zealand for Helga hops from Australia. The result is an IPA that’s as bright, herbaceous and bitingly hoppy as the one that’s had our fans requesting its return ever since its depletion from store shelves, but with a modern, hop-driven twist that makes this second draft unique and tasty in its own right.” 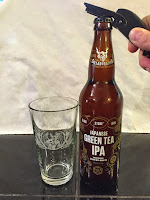 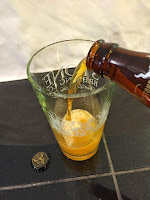 Appearance: Pours golden orange with a nice white head and loads of lacing. 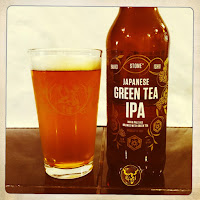 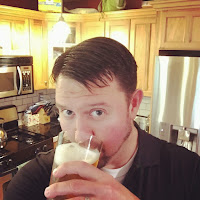 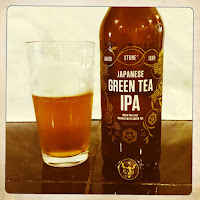 Overall: I enjoyed Stone Brewing Company Collaboration - Baird - Stone - Ishii Japanese Green Tea IPA and found it quite drinkable.  This 10.1% offering is certainly something that fans of Green Tea should pick up and try. A nice DIPA, but for some it may be too eccentric to try. Worth checking out.


If you haven’t already, please like the NorCal Beer Blog on Facebook (here)
Posted by Mark Harvey at 5:05 PM