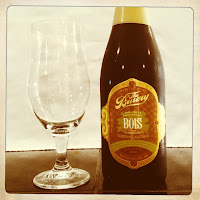 Tonight’s featured beer is The Bruery Bois Old Ale. I grabbed this beer at Caps & Taps in Dublin, CA (here) and although it was pricey I knew it was going to be enjoyable.

From The Bruery website: “May is our anniversary month and we are excited to release Bois (pronounced "Bwah!"), our fifth anniversary ale this week! This beer is brewed in the English-style Old Ale tradition using our house Belgian yeast strain and then blended using the solera method, where a portion of each of our anniversary ales is saved in our barrels and blended in with the next year's production, providing more complexity and depth of character that comes with age.” 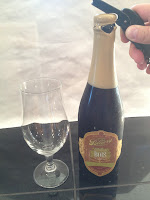 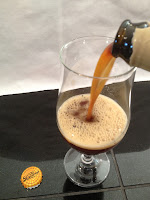 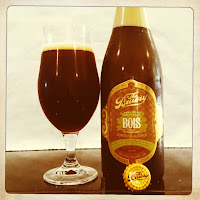 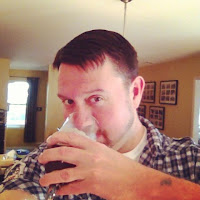 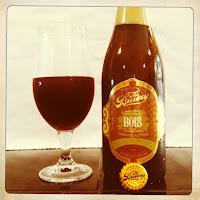 Overall: Complex and HUGE, The Bruery Bois Old Ale is a sipper for sure.  At 15% ABV the drinkability is high even if slow, but for the price you surely will want to savor this masterpiece. Since barrel aged beers seem to be my thing I’d put this high on the list.  If only the price was a little lower I’d probably want to buy several more. If you find it and you’re a fan of the style you won’t be disappointed!