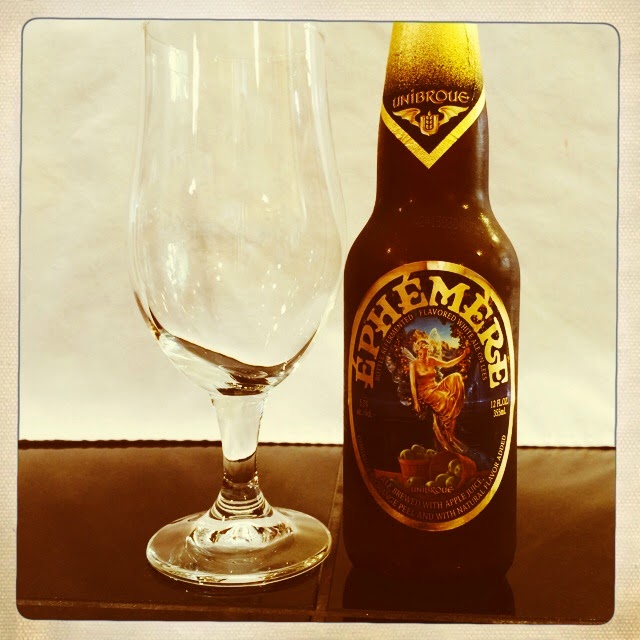 From the Unibroue website: “As its name suggests, Éphémère is an ephemeral ale that comes and goes with the seasons. It was developed as a series to feature a seasonal fruit in a refreshing, lightly spiced white ale. The label depicts a fairy, an ephemeral spirit associated with fruits picked at the peak of ripeness during each harvest season. She first appeared in the spring of 2001 and has since been celebrated on a variety of seasonal fruit ales featuring apple, cranberry, blackcurrant, peach, and raspberry. The apple version, first created in 2002, is without a doubt the most popular version. It is the only one to be distributed year-round and sold in the United States.” 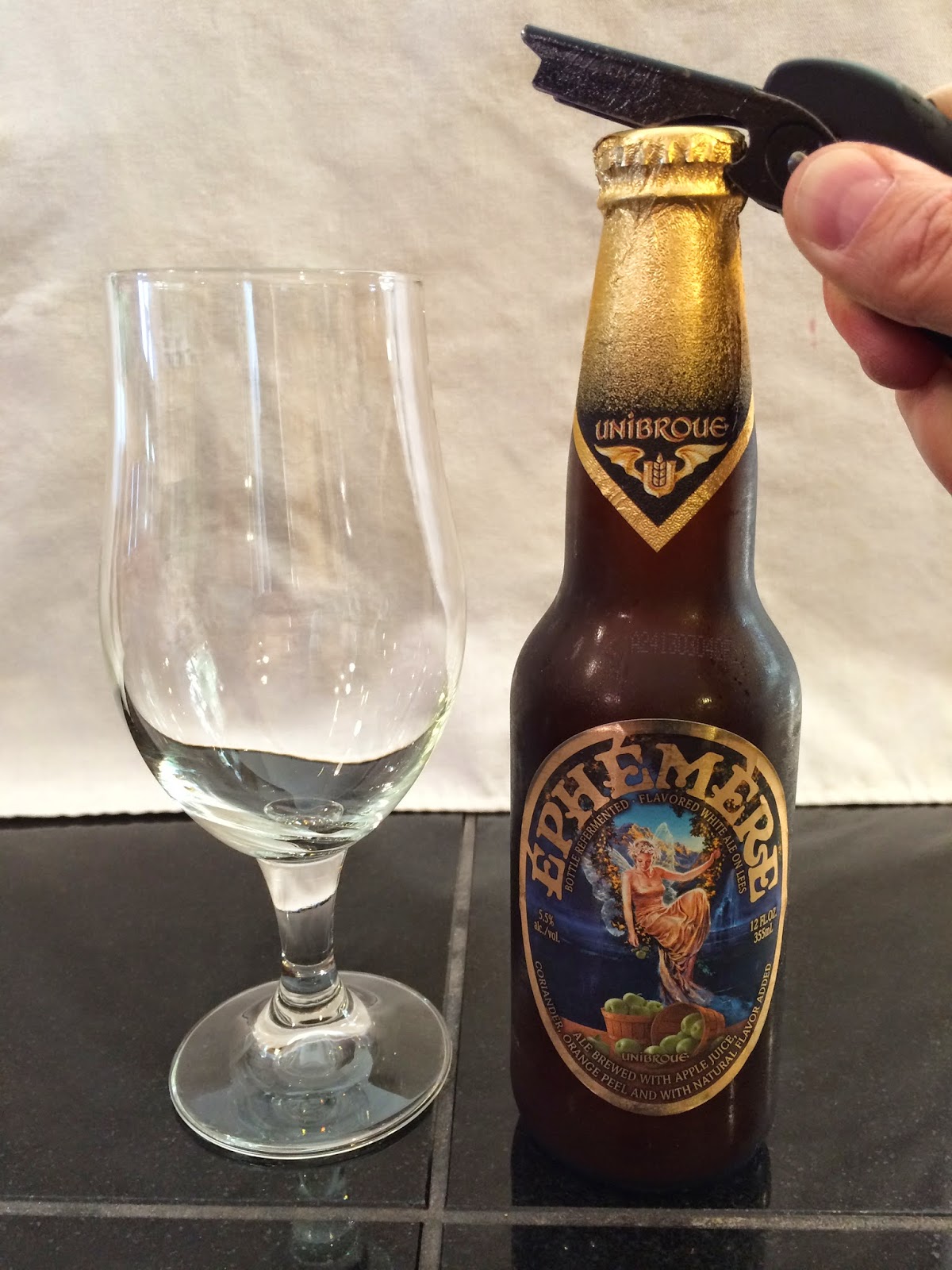 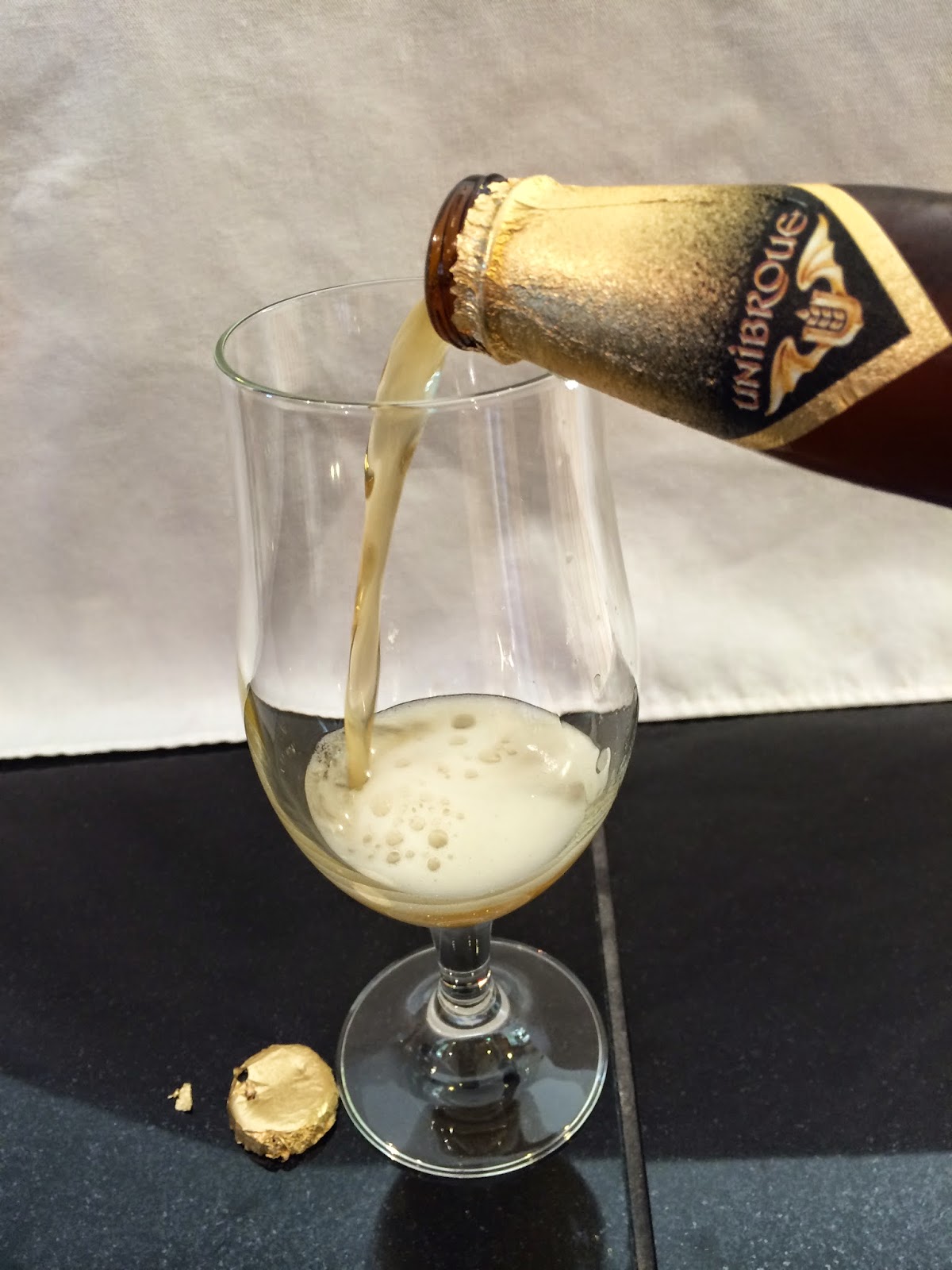 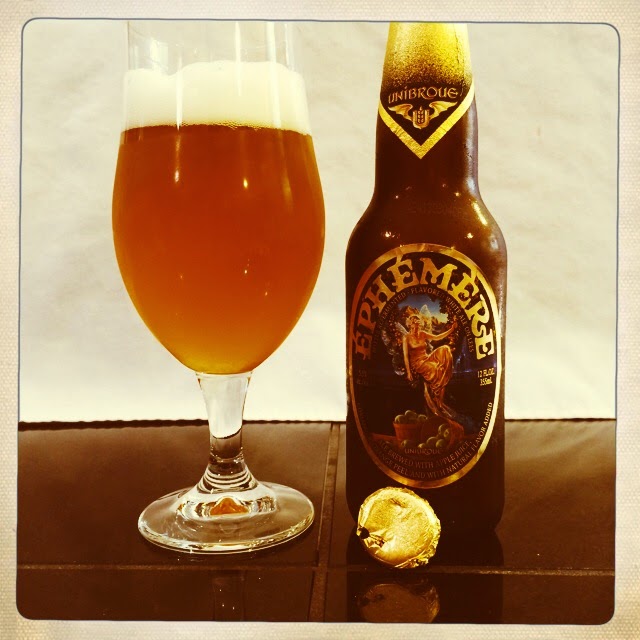 Aroma: Apples – Granny Smith and perhaps some Honeycrisp, Belgian yeast, some Candi sugar and a touch of wheat, clove and malt. 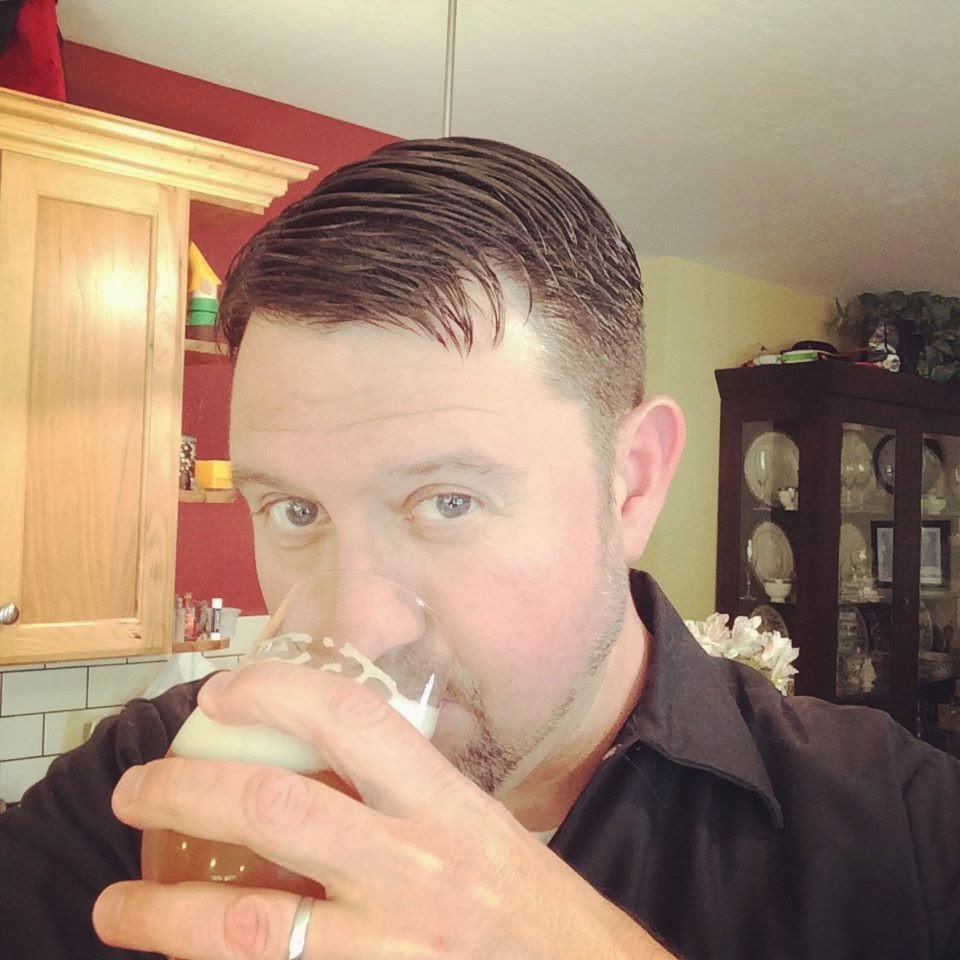 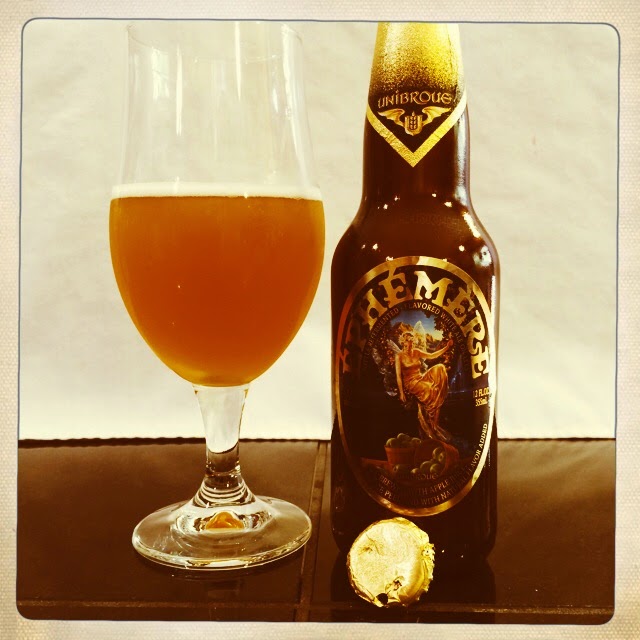 Overall: Refreshing and light, Unibroue Éphémère White Ale is tasty.  This 5.5% ABV offering is another excellent beer from Unibroue.  Worth a try for fans of fruit beers.