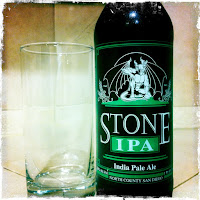 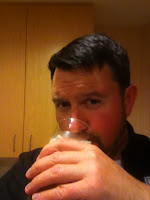 Taste: Taste much like the aroma with citrus and pine hops. Sweet pale malt and some biscuit maltiness round out this impeccable IPA.

Overall: Stone Brewing Company IPA is exceptional – no doubt about it and at 6.9% ABV Stone IPA is going to take you there.  Would I say this is the best IPA out there?  Hard to say (and I don't think I could argue against it).  I won’t hesitate to add this to my beer fridge arsenal from time to time.
Cheers!
Mark Harvey
Posted by Mark Harvey at 6:49 PM