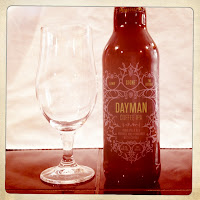 Serendipitously, Two Brothers recently kicked off a new adventure roasting their own coffee beans, and provided just-in-time freshly roasted java for the brew. The result is an innovative IPA that's well balanced and intensely flavored thanks to the felicitous blend of hops and fresh roasted coffee.” 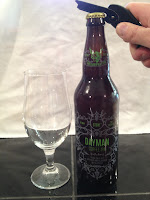 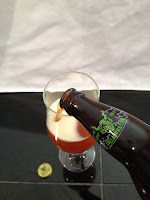 Appearance: Pours amber with an off-white head and nice lacing. 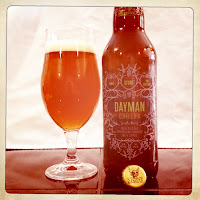 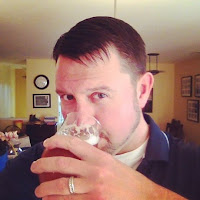 Taste: Whoa…the flavor follows the nose with coffee dominating.  Caramel and bready malts are supporting roles and the citrus hops add a great level of bitterness. 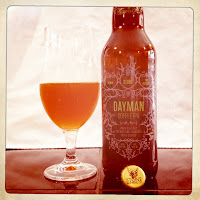 Overall: Two great tastes that taste great together, Aleman- Two Brothers-Stone Dayman Coffee IPA is just as advertised – a true coffee IPA.  Light, refreshing and something that’d I’d probably drink again, this 8.7% ABV offering is great for those who enjoy both coffee and IPAs. I wasn’t sure it was going to work…and it does…

Mark Harvey
If you haven’t already, please like the NorCal Beer Blog on Facebook (here)
Posted by Mark Harvey at 5:53 PM