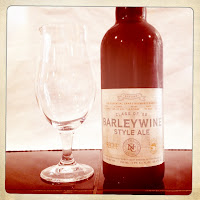 From the North Coast Brewing Company website: “1988 was a seminal year for the budding craft brewing industry on the West Coast. It marked the founding of some of America’s most influential breweries, North Coast Brewing among them. It was also the year Fred Eckhardt published The Essentials of Beer Style—a book that quickly became an essential reference for aspiring brewers and critics.
In recognition of the 25th anniversary of this milestone year, North Coast Brewing and two other west coast members of the pioneering “Class of ’88,”—Rogue Brewery and Deschutes Brewing—are collaborating on a trio of commemorative beers evolving from Fred’s book. 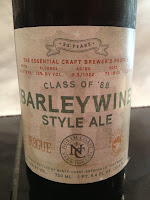 Each of the breweries will create its own interpretation of a barleywine based on Fred’s style guidelines, after which crews from the partner breweries will travel  to each other’s facilities to brew all three ales. Their common heritage and joint brewing effort will result in a cohesive set that will allow beer aficionados to enjoy three examples of the style.

“It’s amazing to look back over the beer landscape and see what’s happened over the past 25 years,” said Mark Ruedrich, North Coast Brewing’s Co-Founder, Brewmaster, and President. “America’s craft beers are setting new international standards for quality and innovation. They’re the most exciting facet of the world beer scene today.”

These exceptional barleywines will be released in March of 2013 and will be available around the country for a limited time, distinctively packaged in either 22 oz. or 750 ml bottles.

North Coast Brewing will also produce a 25th Anniversary Brew of its own, a worthy successor to its Twentieth Anniversary Ale, in keeping with the northern California brewery’s reputation for exceptional, ground-breaking beers.” 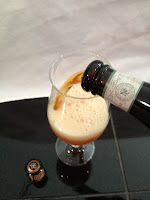 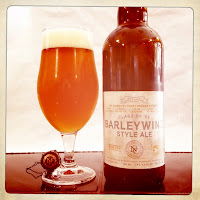 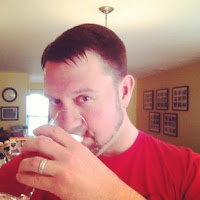 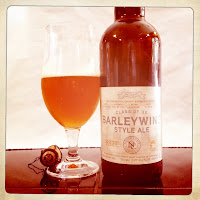 Overall: Delicious and enjoyable, the North Coast Brewing Company version of the Class of ’88 Barleywine Style Ale is well crafted.  This isn’t the usual Barleywine I’m accustomed to – not as chewy. At 10% ABV this drinks more like a Double IPA.  I plan to pick another bottle for further evaluation.

Mark Harvey
If you haven’t already, please like the NorCal Beer Blog on Facebook (here)
Posted by Mark Harvey at 6:26 PM