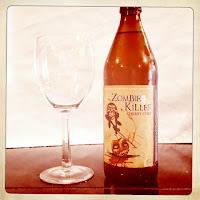 Tonight’s featured beverage is B. Nektar Meadery Zombie Killer Cherry Cyser. I typically only drink beer, sometimes wine, rarely cider, had never tried mead, but I had read an article about B. Nektar Meadery Zombie Cherry Cyser so when I saw it on my trip to Tampa I decided I should pick a bottle up and try it. A Cyser is a mead on the way to being a cider (or so I’ve read)… Apple cider with honey and tart cherry juice. So even though this is the NorCal Beer Blog I figure every now and again a mead or cider is in order.

From the B. Nektar Meadery website: “In the Spring of 2011, we released an experimental new mead that would change history. Little did we know, that the concoction would have a devastating effect on the zombie population that has been plaguing the Earth. When we released this mead to the general public, the lines were out the door. When we ran out, a general panic set in. For the good of mankind, we are re-releasing this antidote to the public on November 4th and 5th at the meadery. There is no limit on the number of bottles you can purchase. Good luck, and godspeed.” 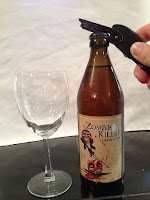 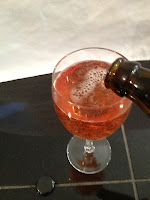 Appearance:  Pours a clear golden orangish-amber with no head. 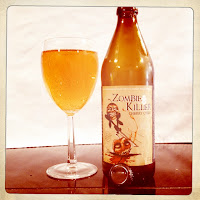 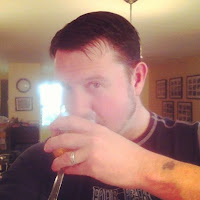 Taste: Oh my…sweet honey, apple cider, sweet and tart cherry and wine-like in a way (could be tannins).  I detect other flavors like citrus and vanilla. 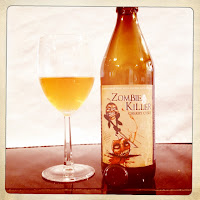 Overall: For my first mead (or cyser) experience B. Nektar Meadery Zombie Killer Cherry Cyser hit a home run.  Silky smooth, refreshing and WAY too easy to drink, this 6% ABV is something to be sought, bought and consumed.  I am in the process of securing some more of this one as well as some of B. Nektar Meadery’s other offerings.  I am compelled to attempt a mead now.

If you haven’t already, please like the NorCal Beer Blog on Facebook (here)
Posted by Mark Harvey at 6:25 PM