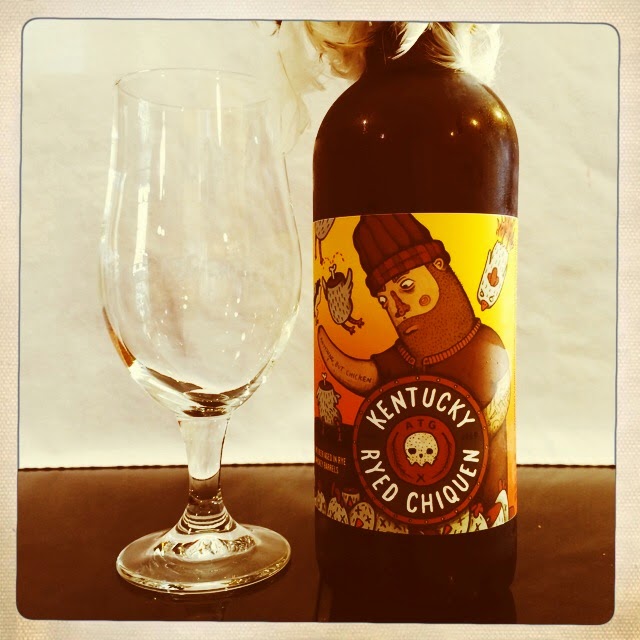 Tonight’s featured beer is Against The Grain Brewery Kentucky Ryed Chiquen - Rye Beer Aged In Rye Whiskey Barrels. I acquired this bottle at Caps & Taps in Dublin. As I’ve said many times before, please visit local shops and support them.  The guys at Caps & Taps (here) are really cool and if you go in there tell ‘em you heard about them here.

From the Against The Grain Brewery website: “Cluck Cluck! The Chiquen has come home to roost!

An amber ale brewed with rye malt and aged in rye whiskey barrels. Our first barrel aged beer here at Against the Grain is the Kentucky Ryed Chiquen. Named so because it was made in Kentucky, has a lot of Rye in it and was aged in rye barrels and it's not Chicken. As we all know (or should know) Chiquen refers to anything that is not chicken.

Now that we have all that straight, we will talk about what is in this beer. Brewed with Maris Otter from the UK and rye malt and caramel rye from Germany, imparting a spicy, fruity and dry flavor. Then hopped with enough English Nugget and Kent Goldings just to balance and fermented with our house ale yeast. After fermentation we moved the entire batch into the AtG private dining room and into used Redemption Rye barrels from our good friends at Strong's Spirits. There it aged for 5 weeks until we felt it had picked up the right amount of residual bourbon character and oak flavors. We then transferred it to our serving tank, carbonated it and the end result is on tap now, a balanced drinkable and complex barrel aged beer.” 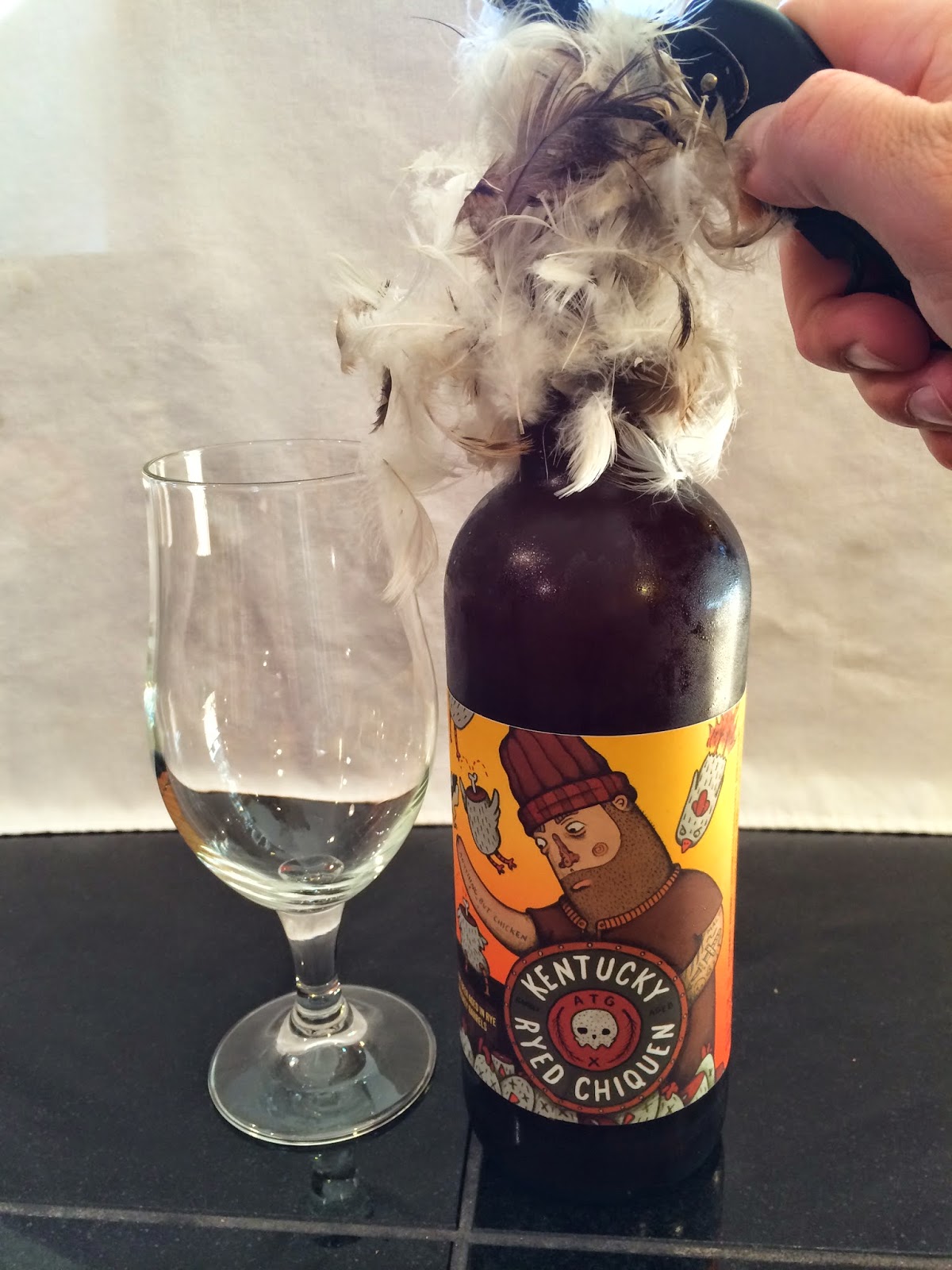 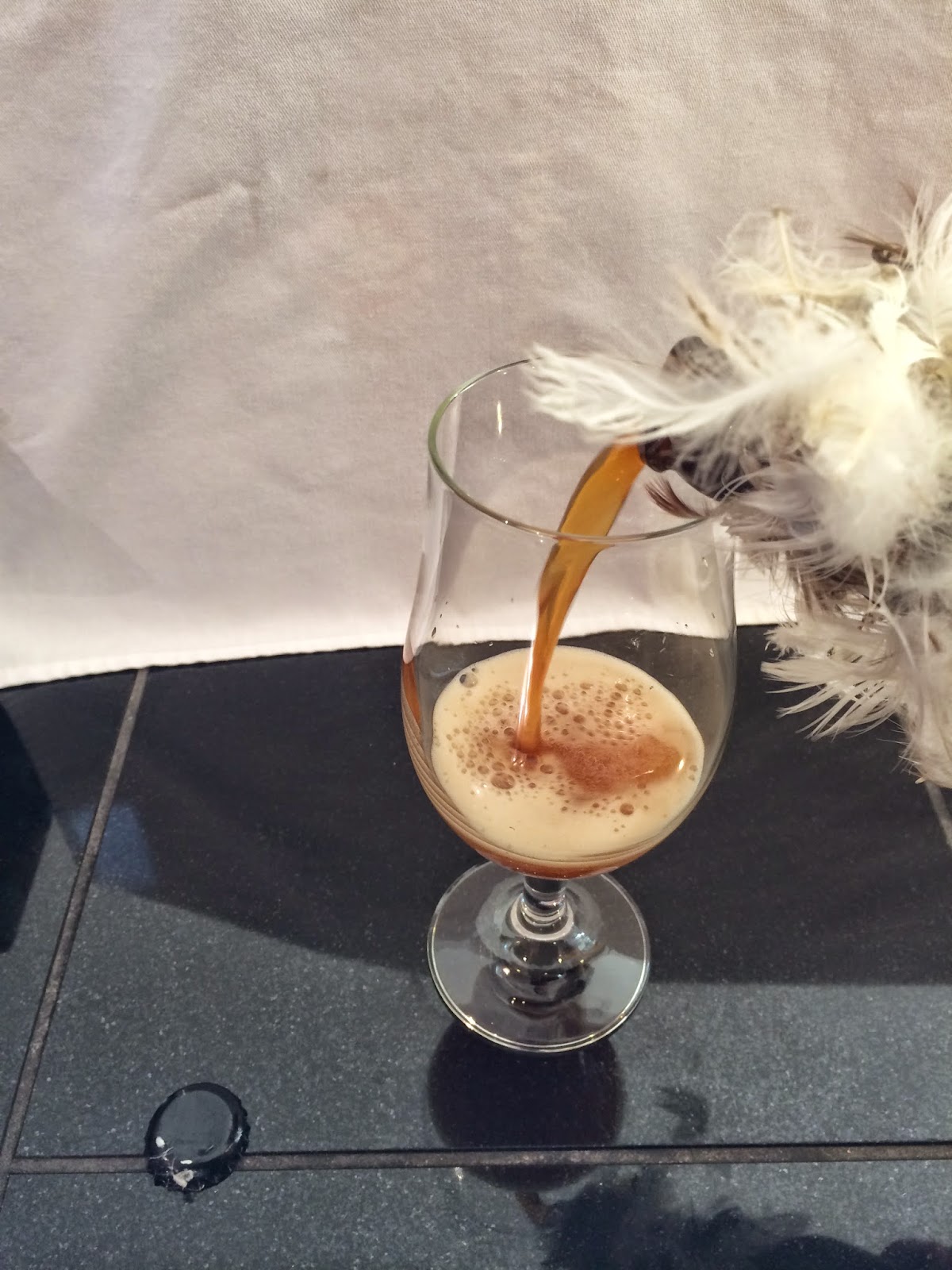 Appearance: Pours a hazy ruby brown with a large khaki head and spots of lacing on the glass. 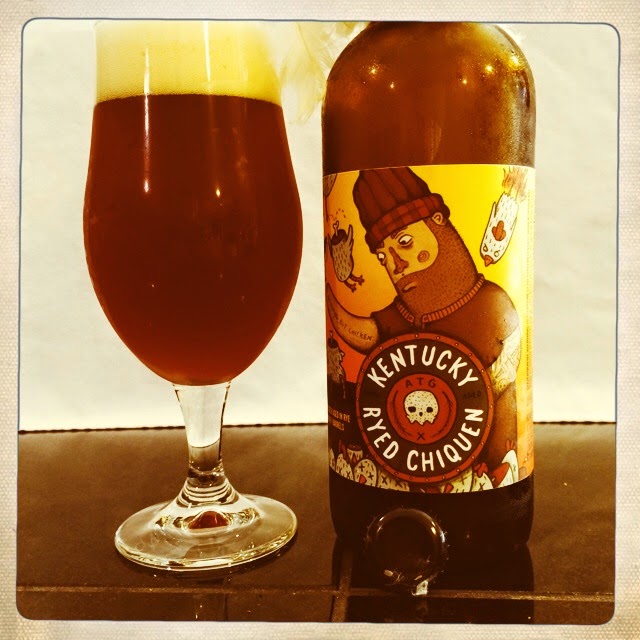 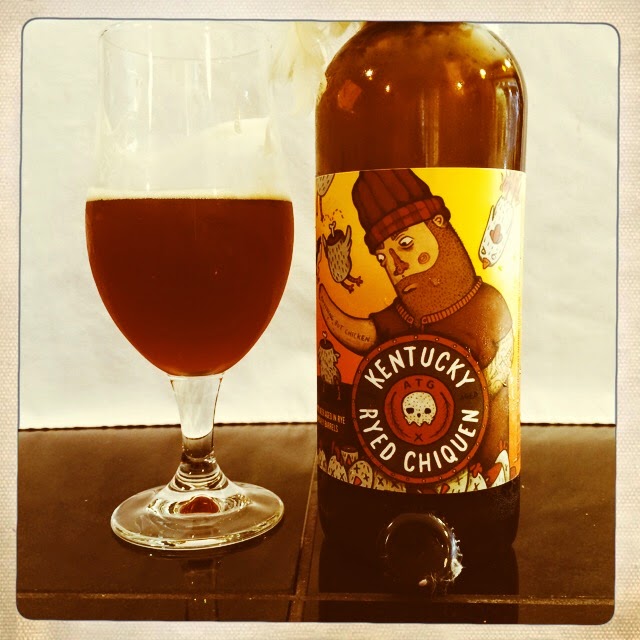 Overall: Lots of great rye flavor and despite the feathers everywhere Against The Grain Brewery Kentucky Ryed Chiquen is sweet and delicious.  This 8.6% ABV offering is well worth trying if you’re a fan of the style.


If you haven’t already, please like the NorCal Beer Blog on Facebook (here)
Posted by Mark Harvey at 5:07 PM