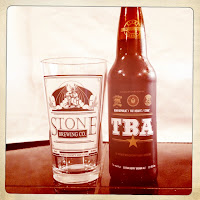 Tonight’s featured beer is Bear Republic - Fat Head's - Stone TBA (Texas Brown Ale).  I’ve been really enjoying the Stone collaboration beers so every time I see one now I pick it up.

From the Stone Brewing blog: “Our first collab of 2012 starts rolling out today, and we’ll go ahead and say it: We’ve got another winner on our hands. “Bear Republic / Fat Head’s / Stone TBA,” as the name implies, is the work of Bear Republic Brewing Co. Brewmaster Richard Norgrove, Jr. (you can call him Ricardo), Fat Head’s Brewery Head Brewer Matt Cole, and our own Brewmaster Mitch Steele.
But what of the rest of the name: TBA? Like, as in… To Be Announced? Trusted Business Advisor? Text-Based Adventure? Tracheobronchial aspirate? Mmm… not quite. The acronym alludes to a classic but little-known beer style called Texas Brown Ale, which, strangely enough, has its roots in California. You see, back in the 80s, there was this homebrew recipe for a brown ale supercharged with Cascade hops that was floating around NorCal homebrew circles. And even while it started gaining popularity, beers that were made in this style failed to fare well in homebrew competitions since there was no recognized category they could be entered in. (They were wayyyy too hoppy and bitter to be considered a traditional brown ale.) But when a competition in Houston, TX, decided to judge such entries in what they would call the “California Dark” category, the American Homebrewers Association followed suit soon after, though they perplexingly changed the name to Texas Brown Ale.
Bear Republic / Fat Head’s / Stone TBA pays tribute to this style, while taking some inspiration from one of the pioneering beers of the time, Pete’s Wicked Ale. (The original recipe though, not the lightened up imitation that was later introduced, which arguably led to its ultimate demise.) In developing this little homage to TBA (and Pete), we did incorporate a few new twists, like Ricardo’s addition of brown sugar and molasses to add a touch more complexity. It also represented the first time Stone has ever used Cascade hops in our 15+ years, which Matt Cole just couldn’t seem to believe. (Perhaps making up for lost time, we also brewed the recently released 2012 vintage of Stone Old Guardian Barley Wine with a healthy dose of Cascade!)
All told, we couldn’t be happier with the resulting beer, and it was an absolute pleasure having two fellow brewers that we respect fly out to make it with us. We got some great footage from the brew day and present it here for your visual enjoyment, along with the essential stats, tasting notes from Mitch, and some delectable pairing ideas from “Dr.” Bill.”

As with other Stone Brewing collaboration beers there is a video: 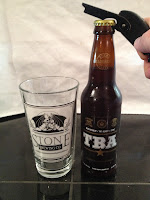 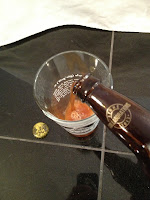 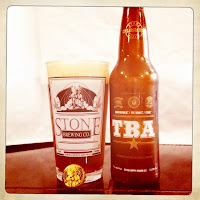 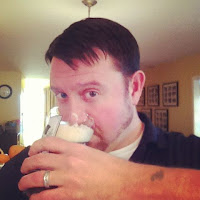 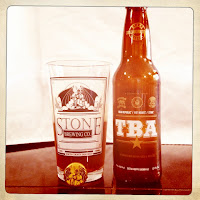 Overall: A very flavorful brown ale, the collaboration Bear Republic - Fat Head's - Stone TBA (Texas Brown Ale) goes down easy and is pretty darn tasty.  This probably isn’t something I’d keep on hand, but certainly something I’d like to drink again.  This offering weighs in at 7.1% ABV.