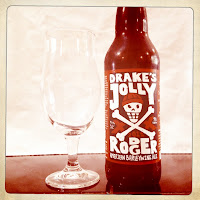 Tonight’s featured beer is Drake's Brewing Company Jolly Rodger American Barleywine-Style Ale. I had to get over to Drake's Barrel House to pick this up along with some other goodies for review.  Special shout out to Tony who was working that day...he's a good man.

From the Drake’s Brewing Company website: “After years of scallywagging about from port to port and dallying with any style that caught its fancy the 2012 edition Drake’s Jolly Rodger is returning to its original style, an American Barleywine. Our 2012 Jolly Rodger is full-bodied with rich caramel malt undertones and mild biscuit malt character. Sufficient additions of West Coast hops balance the malt with pine needle aromatics and satisfying bitterness. Welcome home old friend. Yo Ho. — 2011-Imperial Dark India Pale Ale; 2010-Imperial Red Ale; 2009-Imperial Brown Ale — Available in November on draft and in 22 oz. bottles.” 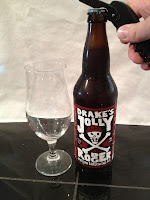 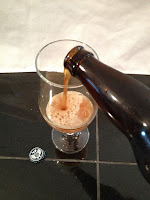 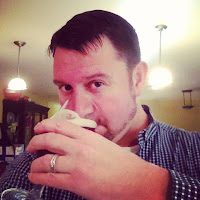 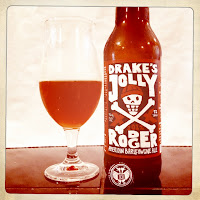