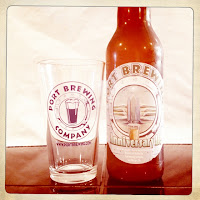 From the Port Brewing Company website:” A massively hopped strong pale ale brewed to celebrate our anniversary each year. Anniversary Ale is light gold to pale orange in color and offers a potent aroma of fresh pine and citrus with some warming alcohols present. The taste is a thick, chewy hop presence only barely contained by balancing malts. The finish is pure hop expression with a moderate warming alcohol sensation.” 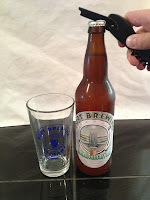 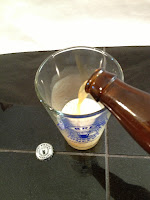 Appearance: Pours a cloudy orange with a thick white head and sticky lacing. 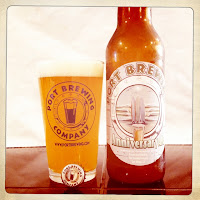 Aroma: Big pine and citrus hop presence.  Malts are in the background and can barely keep up with the hops. 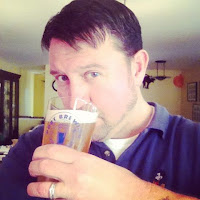 Taste: Sweet malts and big hop flavor – citrus up front and a nice malt backbone.  A little boozy, but what I expected with high ABV. 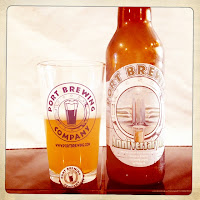 Overall: Smooth, big and tasty, Port Brewing Company’s Anniversary Ale is a really well done double IPA and one that I’ll try to pick up as soon after they’ve bottled as possible. I completely enjoyed this beer, but I wonder how much better it would have been from the brewery or within weeks of bottling.  I felt the 10% ABV on this one.