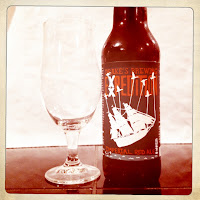 From the Drake's Brewing Company website:” Drake’s Exxpedition Imperial Red Ale- 8% ABV, 70 IBUs– Since the beginning Drake’s brewers have sought to create beers that transcend the brews that have come before. Our original brewer Roger Lind created our long standing seasonal Expedition, a hoppy American Red Ale, back when the punch of American hops were less that normal in your typical red ale. Now, our brewers are taking that beer to the next level for its “Double X” rendition, Exxpedition Imperial American Red Ale. Ruby red from crystal malts and roasted barley, this beer delivers rich caramel notes and just a hint of roast. Additions of citrusy, resinous West-Coast hops and an abundant dry-hop then punctuate the malt with intense flavors and aromas of grapefruit with a clean bitter finish. **Annual Seasonal**” 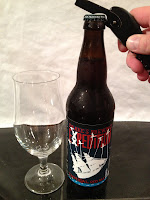 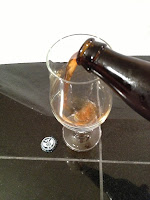 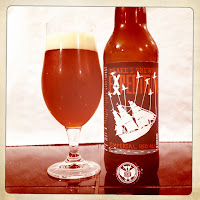 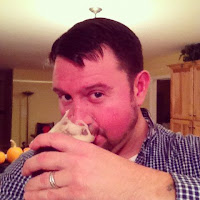 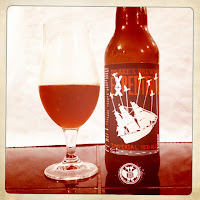 Overall:  Drake's Brewing Company Exxpedition Imperial Red Ale is fantastic.  Well balanced and very, very drinkable, at 8% ABV (and 70 IBUs) it hits all the right places for a beer that is to be enjoyed during this time of year (or any time for that matter).