Anderson Valley Brewing Company the Kimmie, the Yink and the Holy Gose Ale 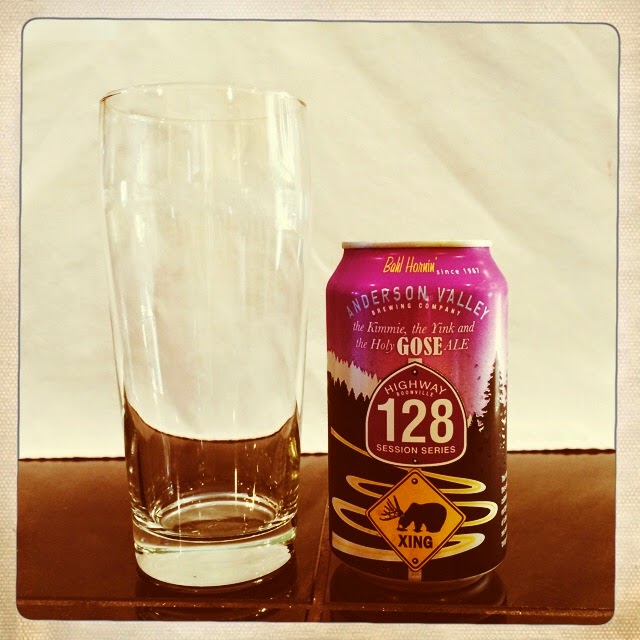 From the Anderson Valley Brewing Company website: “Packages Its First Gose “The Kimmie, The Yink, and The Holy Gose” is the latest release in the brewery’s session beer series.
Boonville, CA (April 28, 2014)  Anderson Valley Brewing Company announced today they will be packaging a Gose as part of their Highway 128 Session Series.  Weighing in at 4.0%-4.5% ABV, each of the unique styles in this series is handcrafted with the finest specialty malts and hops to create refreshing, full-flavored beers to compliment the seasons.  Shipments of The Kimmie, The Yink, and The Holy Gose in both twelve-ounce cans and draft will begin making their way to wholesalers across the nation in late-April.

With its tongue-in-cheek Boontling name, the brewery is recreating this nearly forgotten style by using both traditional and non-traditional Gose brewing methods.  This refreshingly tart wheat beer was historically brewed with salted water, coriander, and hops and fermented with both brewers yeast and lactobacillus bacteria, giving the style its signature tartness.  However, unlike the traditional versions made popular in Leipzig, Germany, Anderson Valley adds lactic acid bacteria to the kettle before boiling, to produce that clean sour lactic tartness, followed by additions of sea salt and their proprietary yeast strain into the fermentation tank.

“After the success of our Keebarlin’ Pale Ale, the first release in our Hwy 128 Series, we wanted to follow it up with a style that was a bit under the radar,” said Brewmaster Fal Allen.  “As brewers, we’re excited to share this Gose with the rest of the craft beer world; it has quickly become one of our favorite beers.  Flavors of guava and peach mingle with a light mineral aroma that leads to a dry, effervescent finish that’s reminiscent of a fresh sea breeze.  The salt content is lower than other interpretations of the style and compliments the lemon sourness and earthy wood undertones, adding to the complexity of this unique beer.”

Beginning at Highway 1 near the mouth of the Navarro River at the Pacific Ocean, Highway 128 travels through breathtaking coastal redwood forests and the bucolic vineyards and orchards of Anderson Valley, past the rolling hills of Mendocino County and onto the Napa Valley.  Just like this iconic road that brings the outside world into our neck of the woods, our Highway 128 Session Series is a reflection of the twists and turns in our journey to create unique, flavorful beers with unparalleled drinkability.  No matter where you’re headed, our Highway 128 Session Series paves the way for a “slow lope’n beeson tree.” (That’s Boontling for “smooth ride.”)” 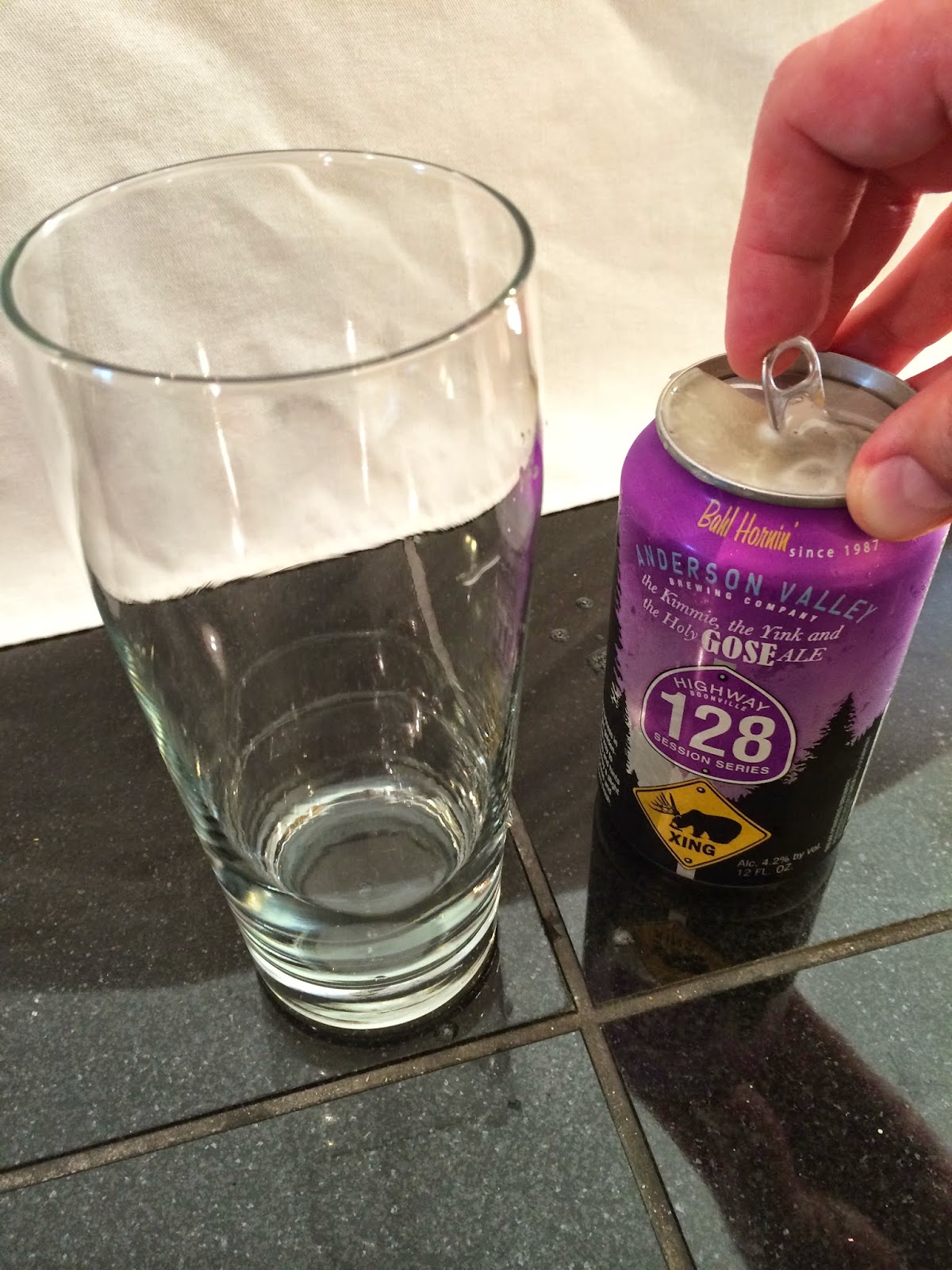 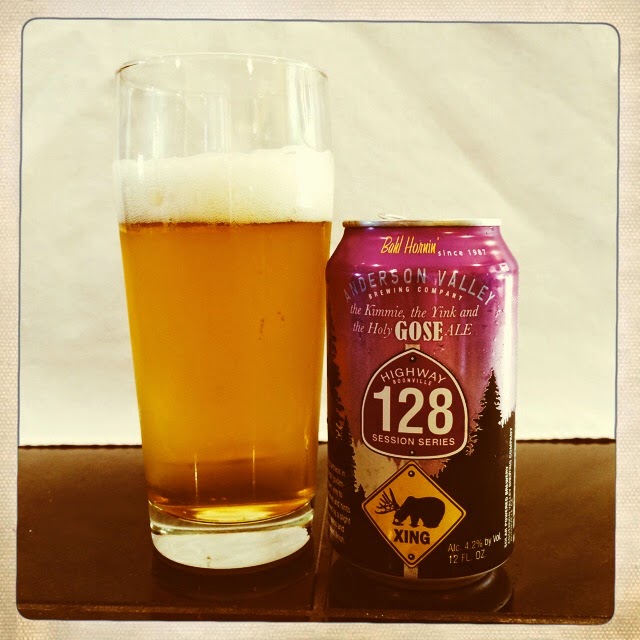 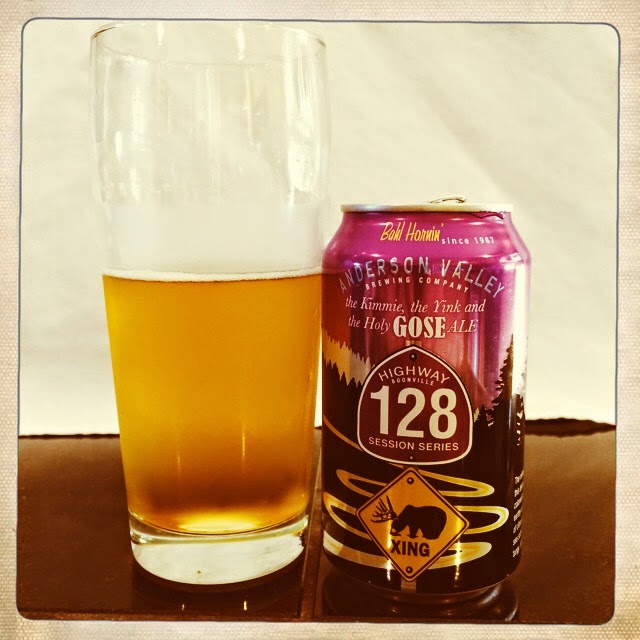 Overall: Light and refreshing, Anderson Valley Brewing Company the Kimmie, the Yink and the Holy Gose Ale is fantastic! This highly sessionable 4.2% ABV offering is sure to find a place in my beer fridge this summer.  The clean and funky nature of this is right up my alley.


If you haven’t already, please like the NorCal Beer Blog on Facebook (here)
Posted by Mark Harvey at 5:53 PM