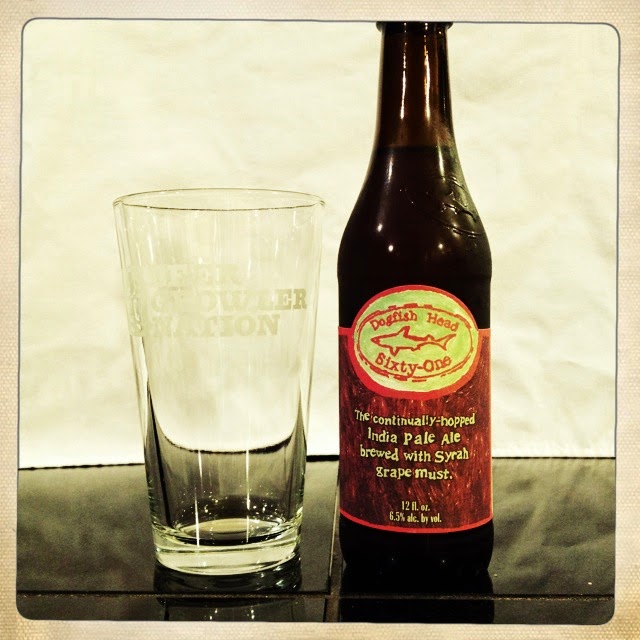 From the Dogfish Head Craft Brewery website: “Sixty-One, our first new core beer since 2007, was born at the crossroads of serendipity, experimentation and brotherhood.

Whenever Dogfish Head President Sam Calagione and his neighborhood friends gather for drinks, they give each other a big ol' man-hug and order a round of 60 Minute IPA. A few years ago, Sam also ordered a glass of his favorite red wine and poured a little into each pint of 60 Minute. They all dug the combination of fruity complexity and pungent hoppiness, and the blend became a beloved tradition.

Sixty-One captures that tradition in a bottle and marries two Dogfish Head innovations: beer/wine hybrids -- which Dogfish has focused on for well over a decade with beers like Midas Touch and Raison D'être -- and continually-hopped IPAs.

The name Sixty-One is a reminder that this beer is Dogfish Head’s best-selling 60 Minute IPA plus one new ingredient: syrah grape must from California. The label, painted by Sam, is a twist on a typical watercolor. Rather than using water, Sam mixed the green pigment with beer and the red pigment with wine. And because Sixty-One pairs so well with chocolate, he painted the browns on the label with melted chocolate.” 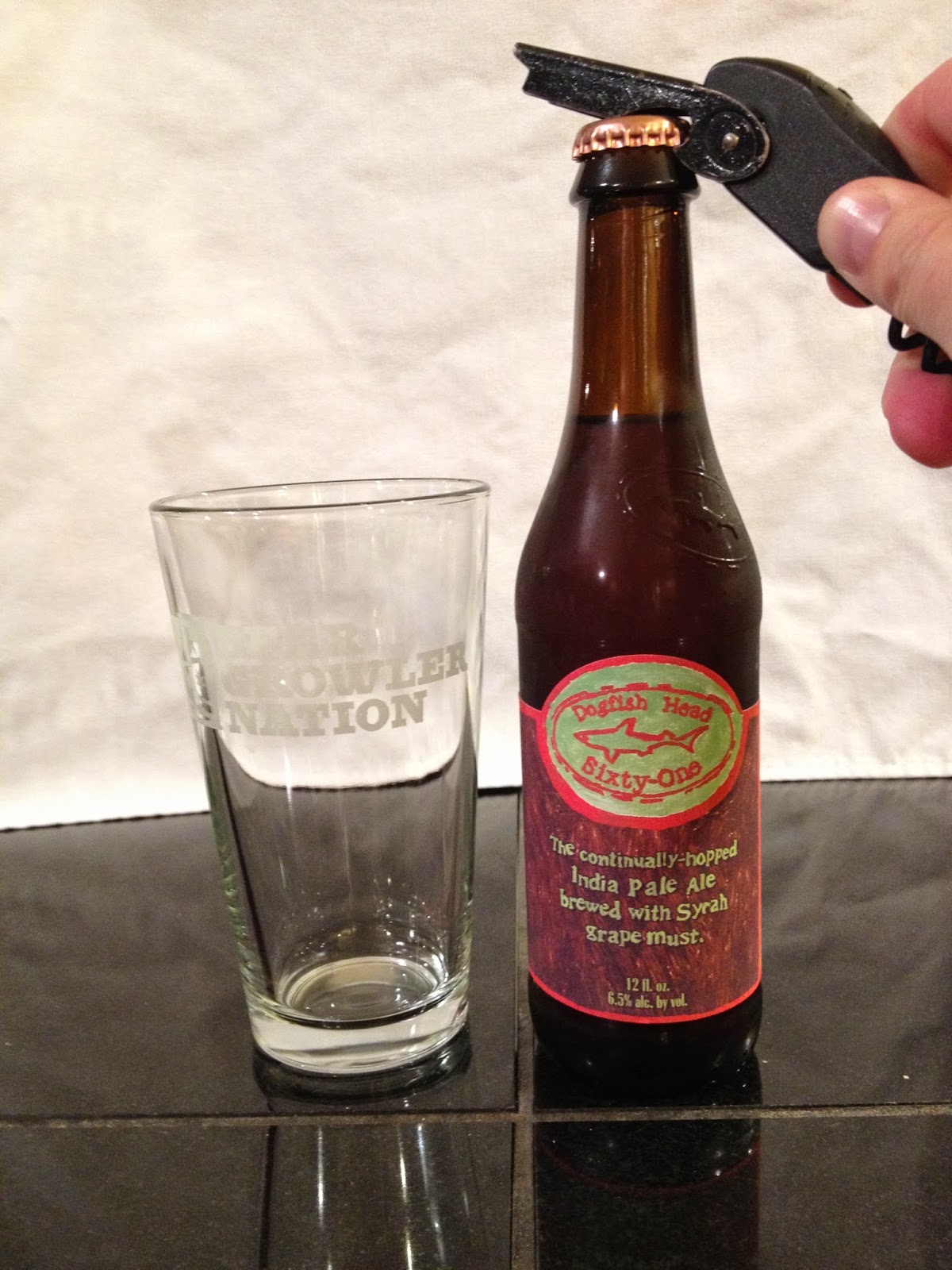 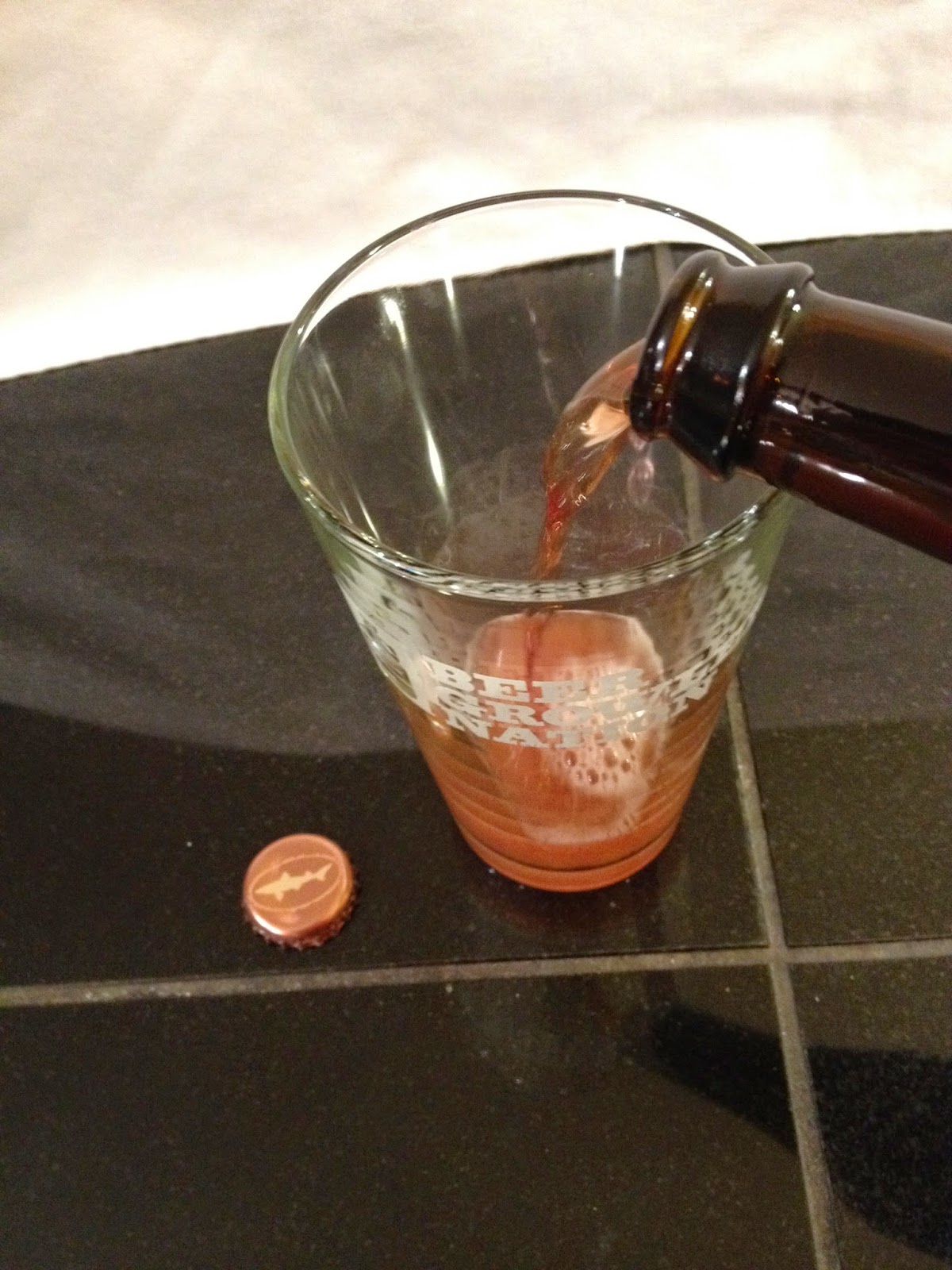 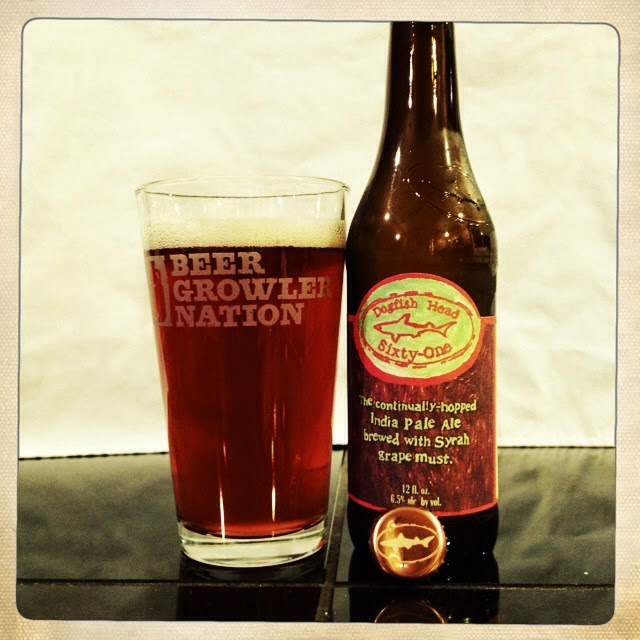 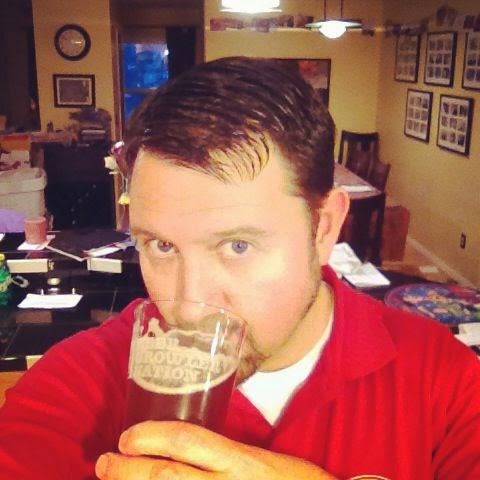 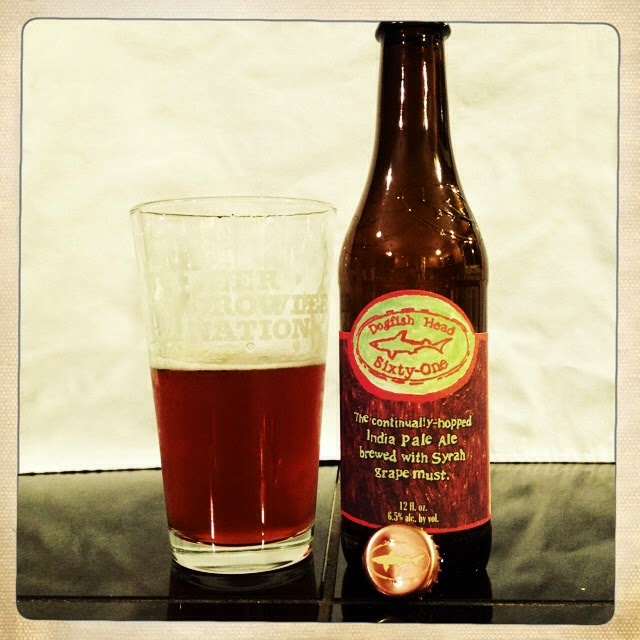 Overall: Balanced and a bit funky thanks to the Syrah grape must, Dogfish Head Craft Brewery Sixty-One is a delicious and different take on their 60 Minute IPA.  What’s interesting about this 6.5% ABV offering is the lack of IPA bitterness which works (in my opinion).  If you’re looking for a hoppy IPA you won’t find it in this one, but what you find is a refreshing and extremely drinkable beer.


If you haven’t already, please like the NorCal Beer Blog on Facebook (here)
Posted by Mark Harvey at 5:49 PM