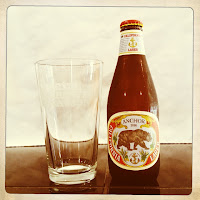 Tonight’s featured beer is Anchor Brewing Company California Lager. I don’t tend to gravitate to Lagers, but when Anchor Brewing Company put this one out I knew I needed to try it.  What made it easier is the fact that I got a little sample of it at Caps & Taps in Dublin (here) which made it an easier purchase. I owe this review to them.

From the Anchor Brewing Company website: “Anchor Steam's® roots go back to the Gold Rush, long before icehouses and modern refrigeration made traditional lagers a viable California option. In 1876, thanks to an ice pond in the mountains and a belief that anything is possible in the Golden State, a little brewery named Boca created California's first genuine lager. Anchor California Lager® is our re-creation of this historic beer.

Made in San Francisco with two-row California barley, Cluster hops (the premier hop in 19th-century California), and our own lager yeast, this all-malt brew is kräusened and lagered in our cellars. Its golden color, distinctive aroma, creamy head, balanced depth of flavor, and smooth finish make Anchor California Lager® a delicious celebration of California’s unique brewing heritage.

The California grizzly bear on our Anchor California Lager® label is from a woodcut by Durbin Van Vleck (1833–1898), courtesy of The Bancroft Library, UC Berkeley. First published in 1856 in San Francisco, it is a superbly crafted rendering of an original illustration by Charles Christian Nahl (1818–1878), who had painted both eastbound and westbound versions of this bear. Nearly a century later, Nahl's bear served as inspiration for the design of the bear on California's modern state flag. Although that bear is heading west, our bear—like the bear on Boca Brewing's historic lager label—is heading east.” 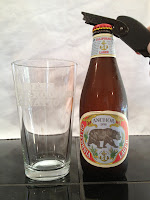 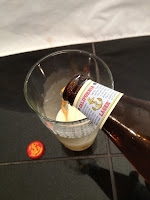 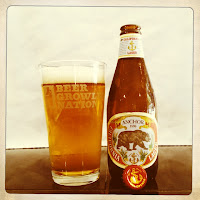 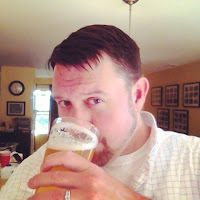 Taste: Toasted grains, sweet malts, herbal and spicy hop bitterness with slight citrus notes. Lager yeast is present, but take a far seat in the back. 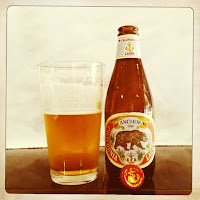 Overall: Clean, crackery and refreshing, Anchor Brewing Company California Lager a wonderful sessionable beer.  At 4.8% ABV this would probably be my go-to Lager (if I had such a thing).  I plan to keep this one on hand for folks who desire something lighter and I’ll probably gravitate towards this beer every now and again as well.  Super solid, super refreshing and probably one of the best I’ve had.


If you haven’t already, please like the NorCal Beer Blog on Facebook (here)
Posted by Mark Harvey at 5:33 PM