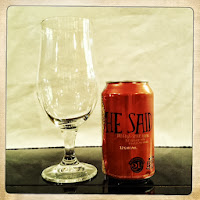 Tonight’s featured beer is 21st Amendment Brewery and Elysian Brewing He Said Belgian-Style Tripel - Ale Brewed with Pumpkin and Spices. This is the “part two” review for this tasty collaboration four pack. As I mentioned in my previous review I'm a big fan of both  21st Amendment Brewery and Elysian Brewing and I was particularly excited to try this Tripel since I'm a big fan of Belgian and Belgian-Style beers.

That much we know is true.

Here’s what Shaun said about the collaboration:

The story starts in 2010 when Dick Cantwell walked into our San Francisco pub. We’d heard about his little pumpkin fest and wanted to get together to brew a pumpkin beer like no other: a Belgianstyle Tripel brewed with pumpkin, galangal and terragon. In a dark colored can.” 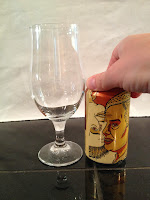 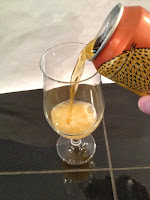 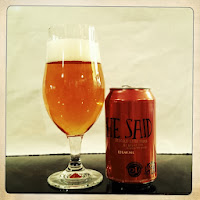 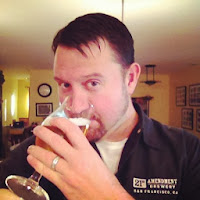 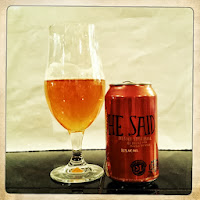 Overall: A solid Belgian-Style Tripel with pumpkin and spices added, 21st Amendment Brewery and Elysian Brewing He Said Belgian-Style Tripel is delicious. I completely enjoyed this collaboration and would say that I liked it better than the He Said Baltic-Style Porter.  At 8.2% ABV the alcohol was well hidden. I would absolutely recommend this beer.  I’ll probably pick up another four pack before it exits stores and the main reason to pick up another is this Tripel.


If you haven’t already, please like the NorCal Beer Blog on Facebook (here)
Posted by Mark Harvey at 6:02 PM