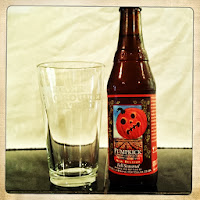 Tonight’s featured beer is New Belgium Brewing Pumpkick Ale Brewed with Pumpkin Juice, Cranberry Juice and Spices. Keeping in the “nearly Halloween” beer review tradition I thought I’d pick up another “pumpkin ale” to review.  I didn’t want to commit to a six pack of Pumpkick so I was fortunate to find a single bottle (strictly for review purposes).

From the New Belgium Brewing website: “What’s that bite of tartness doing in a pumpkin beer? Adding the unexpected kick of cranberry juice to brighten this traditionally spiced seasonal ale. PUMPKICK is brewed with plenty of pumpkin juice, cinnamon, nutmeg, and allspice, but it's the cranberries and touch of lemongrass that send your taste buds sailing.” 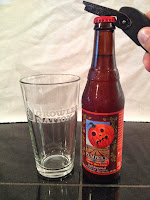 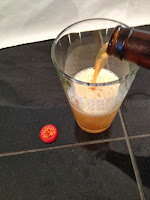 Appearance: Pours a copper orange with a fluffy off-white head and good lacing. 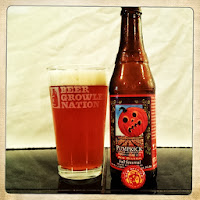 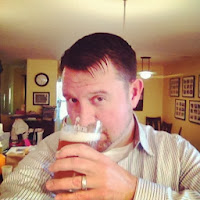 Taste: Cinnamon, allspice and nutmeg lead the charge on this followed by pumpkin and caramel malt.  Slight cranberry tartness and a touch of nuttiness. 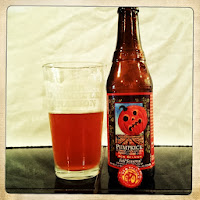 Overall: New Belgium Brewing Pumpkick Ale was pretty light for a pumpkin ale, but easy drinking.  Probably not my favorite pumpkin ale, but this 6% ABV brew is solid and worth checking out.


If you haven’t already, please like the NorCal Beer Blog on Facebook (here)
Posted by Mark Harvey at 5:23 PM