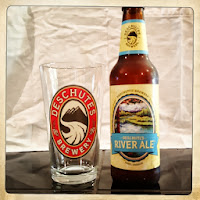 Tonight’s featured beer is Deschutes Brewery River Ale. Here’s another beer I sourced while on my road trip.  I bought this beer in Bend, OR even though Deschutes beers are widely available in NorCal.

Why I picked up so many of their beers was due to the ability to purchase just one beer and not a six pack.  I am generally reluctant to purchase six packs of “unknown beer” since I don’t want to get stuck with five after I’ve reviewed one (or not). Whenever I have a 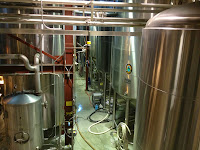 chance to pick up a single 12 ounce beer I’m “in”. I had the chance to tour Deschutes Brewery and got to try lots of their beer.  What I learned is that I very much enjoy their beers (beyond their Black Butte Porter which I always have on hand).

From the Deschutes Brewery website: “Once called Riviere des Chutes by French Trappers the Deschutes River feeds our beers and souls alike. Merci.

Here’s one that’s clean and refreshing enough for the long haul, but fully graced with hop aroma, malt heft and clear craft passion. Sit back, relax, and let the subtle pleasures reveal.” 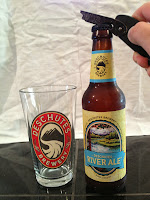 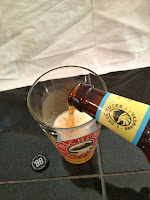 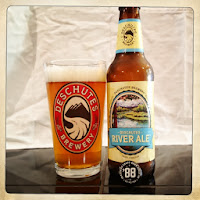 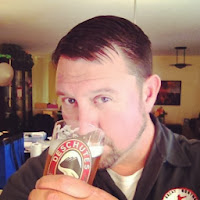 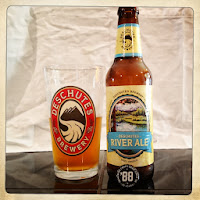 Overall: Incredibly light and refreshing, Deschutes Brewery River Ale is a nice summer beer.  At 4% ABV this is highly sessionable and another solid offering from Deschutes.


If you haven’t already, please like the NorCal Beer Blog on Facebook (here)
Posted by Mark Harvey at 5:51 PM