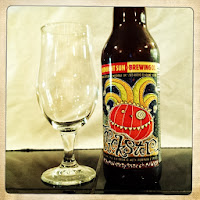 Tonight’s featured beer is Midnight Sun Brewing Company Trickster Belgian Style Pumpkin Ale Brewed with Pumpkin & Spices. I picked up this fine beer from the guys at Caps & Taps in Dublin (here). I had read a lot about Trickster (and their other seasonal, Treat) and looked forward to sourcing this one (and Treat) for review during this Halloween season.

From the Midnight Sun Brewing Company website: “OK, what do you get when we toss pale malted barley, pumpkin and spices into a stainless steel cauldron then stir in some magic? Uh, Trickster! The “magic” is actually mischievous Belgian yeast at play with allspice, ginger and black pepper. This spooky cool brew will make your glass glow bright despite the gloominess of the season.

Designed to conjure up a little fun during the darkening days of autumn, Trickster is a frivolous concoction of earthy pumpkin, comforting malt, and lively spices. This makes Trickster the brew to accompany your post-winterizing duties, family fall dinners, ghost stories, and wannabe haunted garage parties. 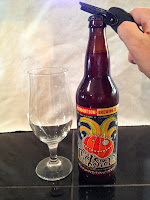 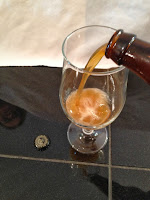 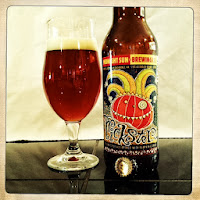 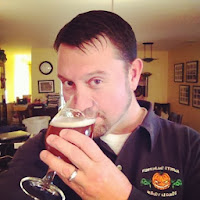 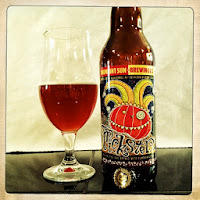 Overall: Since I’m a big fan of pumpkin beers and Belgian Ales, Midnight Sun Brewing Company Trickster Belgian Style Pumpkin Ale was right up my alley.  Well balanced and weighing in at 7% ABV I would certainly recommend this to those who enjoy both styles of beer.  This is another great seasonal beer for Halloween and Thanksgiving (and Christmas if pumpkin beer is your thing).