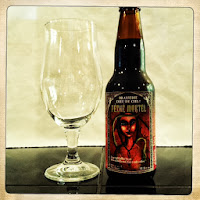 Tonight’s featured beer is Brasserie Dieu du ciel! Péché Mortel Imperial Coffee Stout. I couldn’t pass this beer up while at Caps & Taps (here) for a couple of reasons.  One, I’m a sucker for Imperial Coffee Stouts and two, the name of this beer (translated to Mortal Sin) felt right for the Halloween season.

From the Brasserie Dieu du ciel! website: “Péché Mortel (French for "Mortal Sin") is an intensely black and dense beer with very pronounced roasted flavours. Fair trade coffee is infused during the brewing process, intensifying the bitterness of the beer and giving it a powerful coffee taste. Péché mortel is brewed to be savored; we invite you to drink it in moderation.

This stout style, high in alcohol and bitterness in order to favour preservation, was historically brewed to support the long and arduous voyage necessary to export the beer from England to Russia. The word Imperial comes from the fact that the beer was specially brewed for the Russian tsar’s court.” 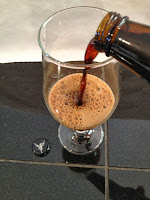 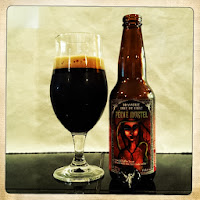 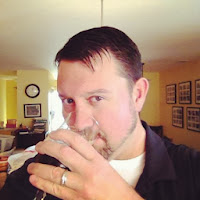 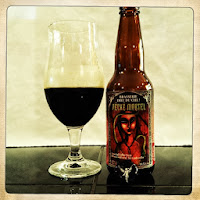 Overall: If you love coffee flavored beers Brasserie Dieu du ciel! Péché Mortel Imperial Coffee Stout is for you.  Smooth and satisfying and weighing in at 9.5% ABV I’d put this in the “must try” category for Imperial Stouts.  The alcohol is well hidden so sip this one slowly and enjoy it.


If you haven’t already, please like the NorCal Beer Blog on Facebook (here)
Posted by Mark Harvey at 5:36 PM