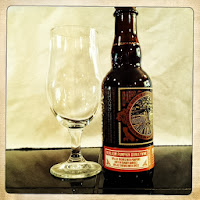 Tonight’s featured beer is Almanac Beer Company Heirloom Pumpkin Barleywine - 50% Ale Brewed with Pumpkins Aged in Brandy Barrels - 50% Ale Brewed with Spices.  I learned that Royal Liquors in San Jose (here) had some bottles in stock so I ran over to buy a few bottles. Lately I have been picking up everything Almanac brews and I have yet to be disappointed.

From the Almanac Beer company website: “This is a beer made with real pumpkins. We hand-roasted over 500lbs of heirloom pumpkins from La Tercera Farms in Bodega Bay. The caramelized gourds were then added to our velvety American Barleywine and aged in brandy barrels for a year. Finally, we blended the barrel-aged beer with freshly brewed ale and added a delicate hint of pumpkin pie spices to round out this decadent autumn sipper.

Our Farm to Barrel beers highlight the tradition of aging beers in oak barrels.  This strong ale is aged in used brandy barrels for 12 months.  During this time the flavors of the barrel and beer merge, making something new.  As the barrel “breathes” it slowly imparts flavor of bourbon, oak and vanilla into the beer.  Inside our pumpkin infused barleywine slowly evolves, developing more complex flavors and aromas.  This slow process can’t be rushed.  We test the barrels every few months (perks of the job) and when we think it’s ready, the barrels are drained and blended with a fresh batch of delicately spiced barleywine.   The resulting beer can be aged for up to three years in the bottle, where the flavors will continue to blend and evolve.” 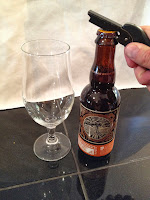 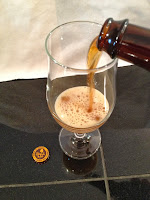 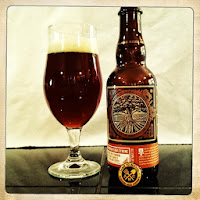 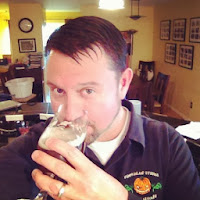 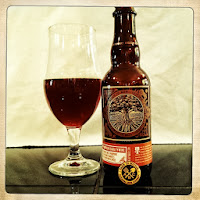 Overall: Almanac Beer Company Heirloom Pumpkin Barleywine is amazing. This 12.8% gem is incredibly delicious and unlike the usual Barleywine or Pumpkin beer. It does not drink like a nearly 13% ABV beer.  I’m happy that I purchased a few of these, but now I’m thinking I should purchase a few more.  This beer sits atop my list of Fall seasonals.  I plan to cellar some of these for future drinking and I think I’ll need a few more for this year.  If you find it, buy several.  You’ll be glad you did!


If you haven’t already, please like the NorCal Beer Blog on Facebook (here)
Posted by Mark Harvey at 5:00 PM