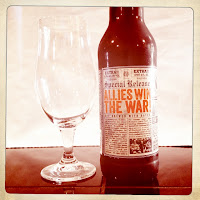 Tonight’s featured beer is 21st Amendment Brewery /Ninkasi Brewing Company Allies Win the War! Ale brewed with Dates. The other day when I picked up the E.J. Phair Brewing Company Face Puncher IPA I also grabbed this beer at Caps & Taps in Dublin, CA (here). I hadn’t seen the 22 oz. version nor had I picked up the canned 21st Amendment version so I thought I’d grab it and try it. As I said in my previous post Caps & Taps has a great selection of beers in bottles and on tap so go check then out…have a beer or two and bring some home.  I’m looking forward to my next visit to their place.

From the Ninkasi Brewing Company website: “In a surprising turn of events, rival superpowers have joined forces to bring a beer of might to the world. According to top-secret documents, recently unclassified, brewmasters for 21st Amendment in California and Ninkasi in Oregon began their brewing careers together many years ago. Leaders from the two breweries reunited recently at a secret camp in the Sierras to devise their master plan. “We are more alike than we are different,” said 21st Amendment's Shaun O’Sullivan. “We must unite in our common cause,” added Ninkasi’s Jamie Floyd. The resulting collaboration, an ale brewed with California dates, an aggressive arsenal of all-Northwest hops and an unmistakable aroma of victory, deals a unified blow to unoriginal beers around the world.” 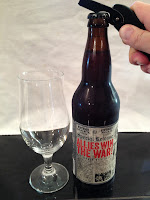 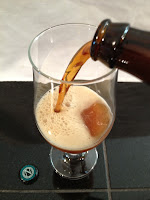 Appearance: Pours a reddish brown with a nice off-white head and great lacing. 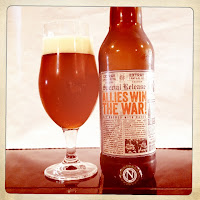 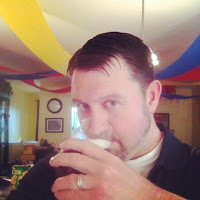 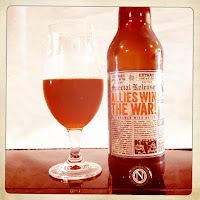 Overall: As with other 21st Amendment Brewery and Ninkasi Brewing Company beers, the Allies Win the War! Ale brewed with Dates collaboration is very good.  At 8.5% ABV this bomber was easy to put away and I enjoyed doing it. The combination of hops, dates and malts worked well together.  Good drinkin’!

Mark Harvey
If you haven’t already, please like the NorCal Beer Blog on Facebook (here)
Posted by Mark Harvey at 5:29 PM